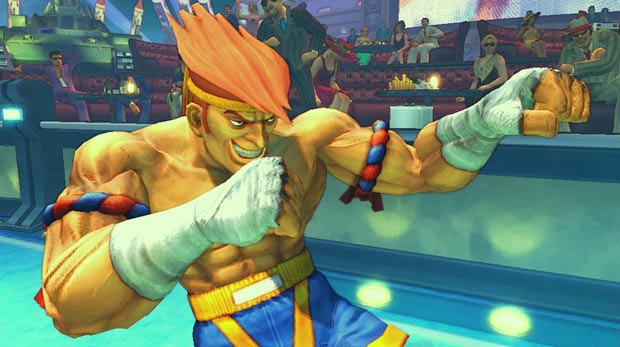 This week’s Friday update to the official Super Street Fighter IV website features a new trailer, (which we’ve already shown you), and gives the recently revealed new characters their own profile pages. Adon, Cody and Guy now join the rest of the fighters with bios avilable under the site’s character section, and you can get a look at their stats and a listen at what to expect their Japanese voices to sound like.

Nakky has also updated her blog, albeit with little more than a celebration of the new characters. She does, however, show us the full, uncropped screenshot she teased us with last week, and it turns out Cody was the one giving Chun-Li a hard time.

Hit the gallery for a look at that, along with new screens featuring all three characters. There’s also a better shot of Guy fending off Ibuki’s kunai, as was teased in the latest issue of Famitsu. Hopefully it won’t be much longer before we get to see the ninja girl who threw it.