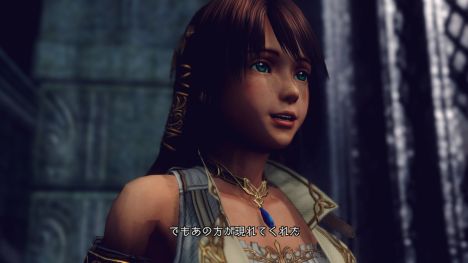 While you may be less than enthused about the name of Square’s upcoming Xbox 360 exclusive RPG Infinite Undiscovery, you may find a few new screens will do more to whet your appetite for a trip away from the Final Fantasy RPG universe. These screens were debuted at the recent Japan-only Xbox 360 RPG Premiere event, which also yielded new info on Tales of Vesperia and Star Ocean: The Last Hope.

Not too shabby news when it comes to RPG fans who have been waiting for news of more of their favorite genre on the 360! Head to the gallery to see the rest of the new screens, which will hopefully hold you until the release in North America on 9/2. I have to admit, I’m looking forward to all of these titles. What say you — eyeing a certain one, all of them, or planning on passing?