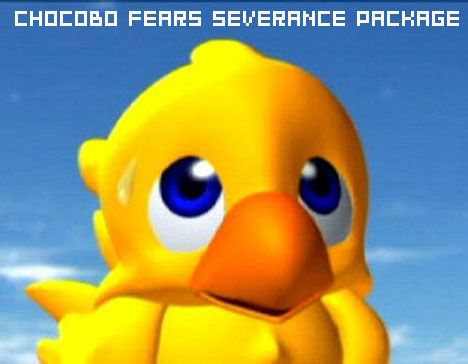 Any Square fan (and some people who aren’t fans) have had plenty to say lately about their new strategy of flooding the market with spinoffs and new concepts alike, feeling as if the company is taking a dramatically different turn from the calm focus they seemed to possess before merging with Enix.

Sqaure president Yoichi Wada commented to Reuters recently that the company needed “to go beyond traditional Square-Enix”, and recent numbers have shed some light on the reason why. Per Gamespot:

The hardest hit was in overseas markets which, ironically, completely opposes Wada’s comments about wanting to make 80 percent of the company sales about their overseas presence. What’s the strategy then, with goals fallen so far by the wayside?  Square says they will focus strongly on research and development, with a special eye on “advanced information technologies”. Hmm .. more cell phone games? Let’s hope not.

Personally, this is no big shock to me — the beloved Squaresoft of my youth is not the same company today. Change is fine, but I’ve felt uneasy about the dissolution of focus the company has seemed to suffer in the past few years. It makes me wonder if they might pull out that Final Fantasy VII remake just to compensate, which in my opinion would be the worst timing possible. Let’s hope the waves caused by these losses force the RPG kings to consider some new approaches.