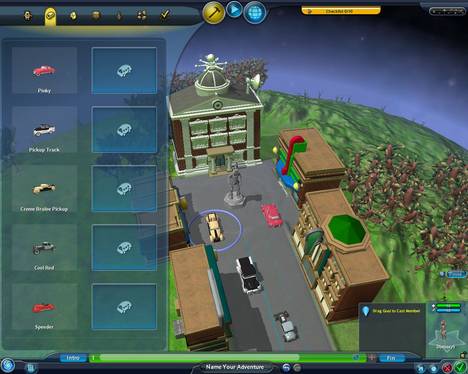 Last night in San Francisco, EA and Maxis had a “State of the Universe” address where they revealed their upcoming 2009 Spore lineup. I’ll have details on the new PC, Wii and DS titles in a little bit, but the event was mainly focused on the expansion pack for Spore called Spore Galactic Adventures.

So what else is Maxis going to give players to mess around with now? The entire game! Players will now be able to beam down to player created planets, have actual adventures and it’s all completely customizable just like the creatures are. Hit the jump for more on Spore Galactic Adventures. 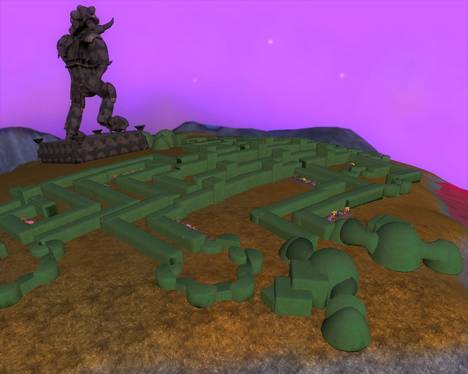 In Spore, the game pretty much ends when players get into space. Now, players can beam down onto a planet and continue their adventure. Maxis will have preset adventures available at the start, but the best thing about Spore is the stuff that people can come up with. Players can create their own adventures or take other people’s adventures and customize them to their liking. The adventure can be anything that the player wants. You can have a capture the flag match, have a race, go on an RPG style quest — the limitations are the player’s imaginations. All of the adventures are just like the creatures in that they can be saved as a PNG file and shared with anyone across the world.

The same applies to planets too. You can choose from a preset list of planets or you can just create your own. You can design an ice world, lava world, water world, and more. You’ll be able to place islands, rivers, roads, and customizable houses all on a world as you see fit. Items such as vehicles, jump pads, keys, exploding barrels, and more can also be placed on planets to add to a player’s story. You can even place music and audio clips all across a planet.

All stories need actors and players can add any creature they want to populate a planet. Then they can mess around with how large the creature will be, make it aggressive, make it passive, give it a set path to explore, let it wander around, to much more. Players can also add text to creatures so the creature can tell players what they need to do on a given adventure. 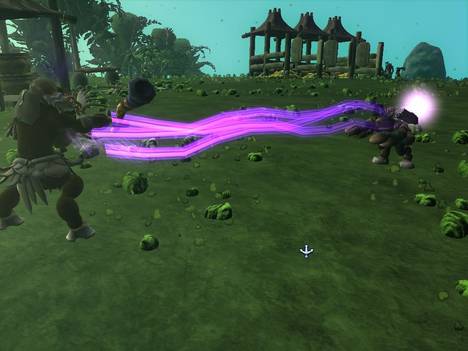 Your creatures will also get new toys to use in this expansion. You can equip monsters with peace tools such as a disco ball or aggressive tools such as laser and missile launchers. You’ll be able to equip armor, swords, stealth fields, mini-batteries and more. All of the items for your creatures will be acquired as you play through find new creatures in the game. Items do need energy though, so you have to properly balance your creature. You can add dozens of lasers to a creature, but it’s pointless if it can only fire one gun every five seconds or so.

Every story that you play on will also have leaderboards attached to them. Players will earn medals based on how well they did on a mission, but medals can be taken away if someone does a better job at something than you did. Maxis is working on balancing the leaderboards to make sure they don’t get abused. If a ton of people are doing on mission, then the points won’t be worth as much. If there’s a mission people really aren’t focusing on, then the points for completing that mission will be worth more.

This isn’t just some slapped on added content; this expansion is almost an entire new game. Spore can now become whatever you want it to be and the possibilities are endless. Spore Galactic Adventures will be out this Spring.