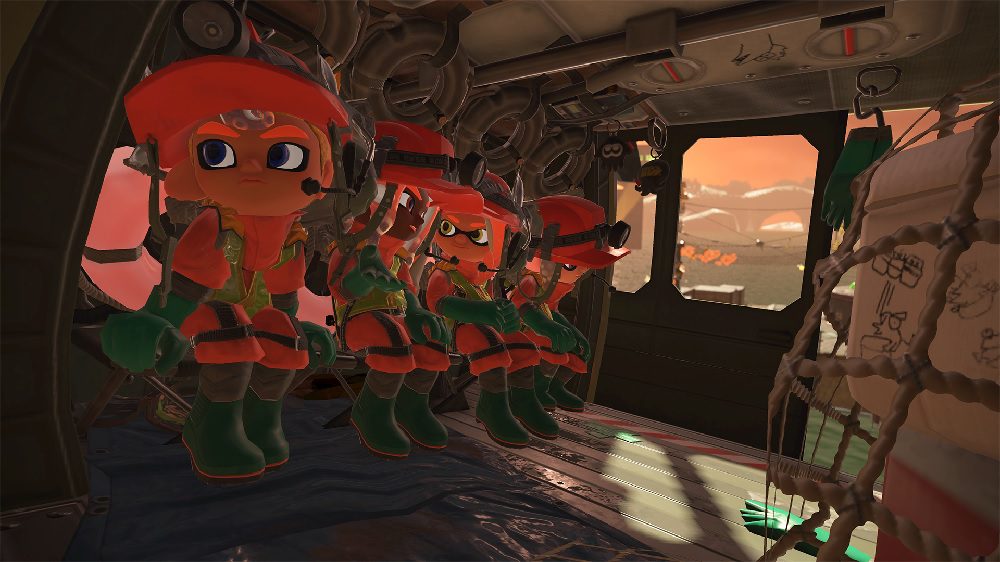 During yesterday’s absolutely stacked Nintendo Direct, the developer offered up only a little news on one of this year’s biggest Switch sequels, Splatoon 3. While squid kids might have been expecting a closer look at the multiplayer shooter, all we received was a rough release window and a brief preview of the revamped co-op mode, Salmon Run.

The trailer sees a posse of squid kids battling against waves of mutated fish, all sporting amusingly Mad Max-esque punk style. As they fend off the undersea army, our posse of heroes finds themselves under attack from a brand new Salmonoid — The Fish Stick — a bizarre totem that peppers the land in grim goo and makes traversal trickier for our band of brothers. All of the action is backed by a weird, industrial score, further reflecting Splatoon 3‘s bordering steampunk aesthetic.

It’s a wild departure from the slick street stylings of Splatoon 2, but then, this is all on the fans after all. When you choose chaos, you gotta roll with the punches. Frankly, Splatoon needs a good shakeup, and if it takes an apocalypse to do so, then so be it. I don’t think Off the Hook will be holding any concerts for a while, but I do hope to see Pearl & Marina doing their best Furiosa impersonations at some point.