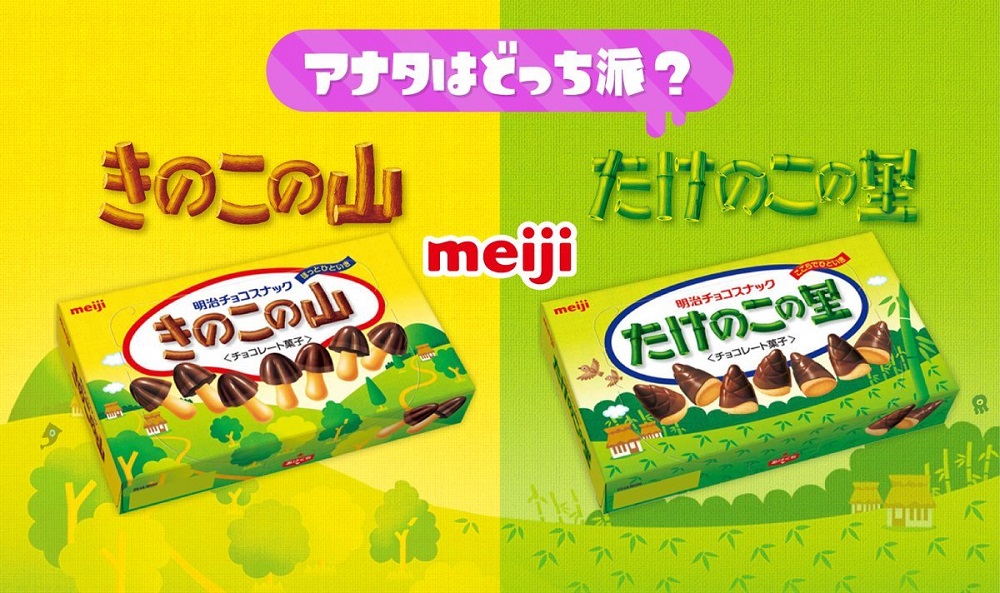 If you haven’t realised by now, when it comes to Japan and their Splatoon 2’s splatfests, they are often sponsored by various promotions. This latest face-off is no different, concerning forms of popular biscuit/chocolate products produced by sweet company Meiji.

The Meiji splatfest will see players in the East pick a preference between Meiji Mushroom Mountains and the Meiji Bamboo Shoots. Essentially two of the exact same product but in slightly different shapes. Pearl will be backing the chocolate-coated fungi, while her bestie Marina is all about the same flavour but in inverted cone form… Really, guys?

This particularly uninspiring splatfest will take place in Japan on the weekend of August 18. Splatoon 2 is available now on Nintendo Switch.