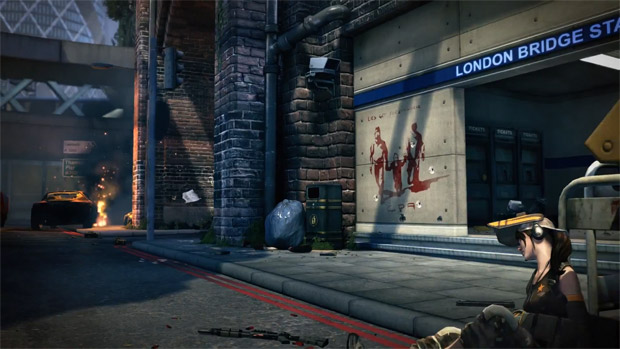 The studio behind Enemy Territory: Quake Wars and Brink has released a teaser trailer for its next multiplayer first-person shooter, Dirty Bomb. Splash Damage has a minimalistic website running for the game which currently allows players to reserve their names.

With an abundance of free-to-play shooters competing for our time already, I’m curious to see how Dirty Bomb will attempt to stand out. Visually, there appear to be some common elements taken from Brink, and that’s something I wouldn’t mind seeing more of. This is only a teaser trailer, however, so it’s best to reserve judgment.