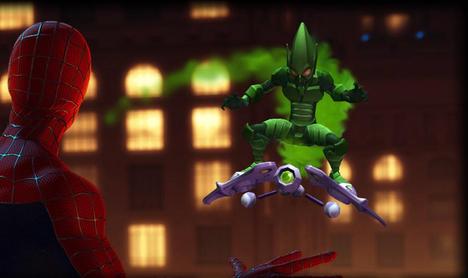 Let us not judge Activision.

Sure, it’s been less than a week since they released Spider-Man 3 on every platform known to man. And so far, the game has received an overwhelming “Blah” from the community. But the movie (which was sold out both times I tried to see it this weekend) is making a killing at the box office, so it’s hard to blame them for going back to the well.

But so soon? According to a website for something called Spider-Man: Friend or Foe, it seems Activision might be tossing another Spidey related game into the market this Fall; perfect time for the film’s DVD/Blu-Ray release.

At this time, not much information is available about the forthcoming title. The Web site’s tag line states “A new twist on the legend, a new take on the movies,” so one can guess that it will encompass storylines for all three of the films … with a twist!