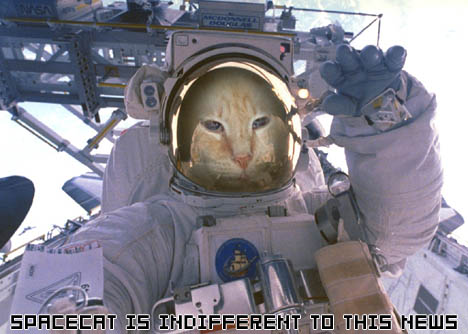 First Spacecat tells us of a Mega Man 9 game in the works. Later, we hear more details, which point out online play, leader board functions, and multiplatform releases. And most recently, we heard that the game would be on Nintendo’s WiiWare service, sporting a retro look.

Our favorite feline rumormonger may now be licking his wounds in shame after some clarification from Capcom. An update blurb at the end of an Ars Technica article on Mega Man 9 states:

Capcom pinged us to let us know that the game is currently slated “for WiiWare only” and that the information indicating otherwise in the E3 roster was a mistake on its part.

Aw, come on. This is Capcom we’re talking about here. Do you think that this may be a timed exclusive, and that Spacecat was right all along?