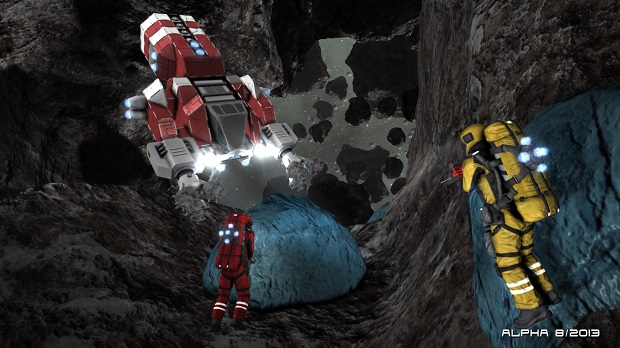 Being an astronaut was my dream job when I was growing up; now that middle age has truly crushed any dreams I may have held (and the movie Gravity scaring me off every wanting to leave Earth), Space Engineers looks like it might be the closest thing I get to working in the vastness of space. The sandbox game just launched on Steam’s Early Access program and the trailer above shows off some of the community creations that’ve been built so far.

Space Engineers looks like a fun sandbox in zero gravity which hopefully doesn’t involve getting swamped by necromorphs. The simple click-and-build interface seems pretty simple and intuitive and the developers at Keen Software House have been impressed with the community creations so far, including a Borg Mothership and a zero-G roller coaster. You can get Space Engineers on Steam or on Keen Software’s own site, which will also get you a Steam key.