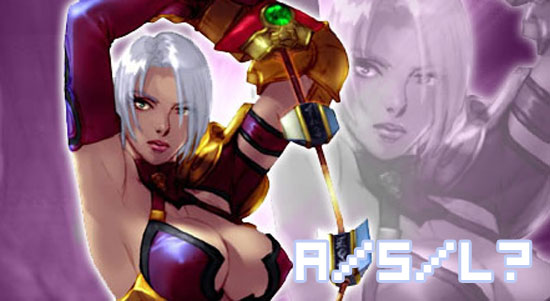 In an effort to pimp the latest issue of Electronic Gaming Monthly, 1UP has confirmed that the upcoming PlayStation 3 and Xbox 360 fighter, Soulcalibur IV, will include online play. Three words: it’s about time.

“What’s changed this time round is that the next-gen platforms have network infrastructure already in place,” says Soulcalibur IV Director Katsutoshi Sasaki. “We’ve heard from fans that they really want the game to be online, so we figured that, with the current environment, we really couldn’t make SC4 without online play.”

This is great news for fans of fighters who have their furniture wrapped in plastic and don’t like to let people into their house. The create-a-fighter that was introduced in Soul Calibur III will be making a return, and the team is looking to allow players to bring their creations online … they’re just unsure as to whether or not players will be able to trade created fighters.

One thing I just noticed is the title of the game — Soulcalibur IV. That may or may not be a typo; 1UP refers to it as such nearly every time it’s referenced on their site. Spaces, perhaps, are so last-gen.

The latest issue of EGM contains a 14-page Soulcalibur IV spread, and 1UP are claiming it’s on the newsstands now. Why on Earth my copy hasn’t arrived in the mail is beyond me, but you can bet your ass that I’m tackling my mailman tomorrow.