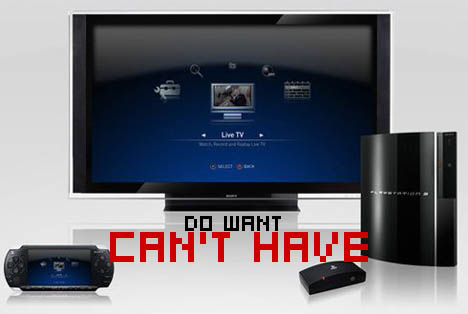 We’ve had our eyes on this PS3 DVR attachment called PlayTV. Eyes only. Not our paws, though, as Sony has only released it in the UK. The little add-on units are selling like hotcakes. We’re hoping that the strong sales will have them considering a US version someday.

PlayTV has sold 85,000 units in its first week of sale. Tech Radar says that there was some worry that the device would be poorly received by gamers, but now I think it’s clear that PS3 owners want to record things off the telly.

The device will be available to Europe in time for Christmas, letting even more users record live TV to their PS3 hard drives and stream it to their PSPs.

Would you watch TV on your PS3 if you could? Or do you think our cable box DVRs are good enough?