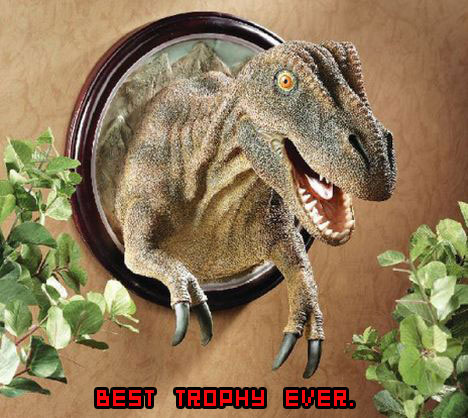 Ever had to choose between a a PS3 and a 360 version of a game, only to find yourself picking the 360 because you want to get achievements? Don’t worry, you aren’t alone. Sony clearly sees the appeal, having recently announced their addition of trophies in their v2.40 firmware update. For now, they will only be in ten games, although Sony remarked that they could be patched into existing titles.

If you’re anything like me, that may have left you thinking that the effort is cool but that not all games will offer trophies, so it may not have won you over. According to Sony PSN Director Eric Lempel, however, the plan is for all games to eventually implement the trophy system, although they didn’t want to “force it” on developers to go back to older titles and add them in. Not yet, anyway.

I’m interested to see how quickly trophies will show up — it seems to me that once a game has come and gone, it’s difficult to get gamers to return to it (but of course, there are some exceptions). If both systems offer some type of reward for reaching goals in-game, which console would be your first pick to game on?

[Via GamePro — Thanks, Joe]