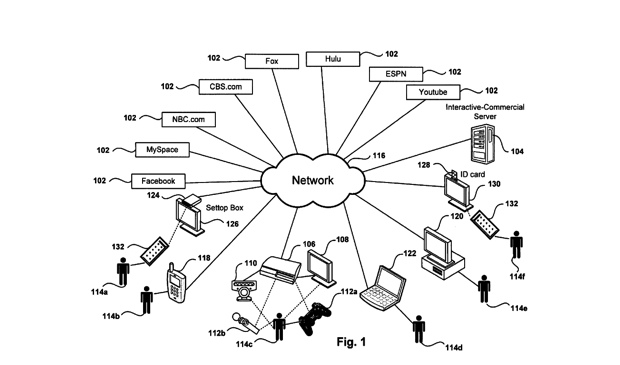 Imagine broadcasted or streamed advertisements that are playable as mini-games, with an online element so that you could play with other viewers. A new Sony PlayStation patent, found by GameNMotion, seems to spell out how this would work.

Your game system or media player connected to the broadcast source would send along a sort of playable commercial in the stream, and also provide the connectivity so that other viewers could play along. An example suggests that a commercial could be laid over a TV program, letting viewers play a game while viewing the show. Their “preferred embodiment” would have these mini-games playable for a set time period to match up with traditional commercial timing.

Looking at all of the crazy diagrams in the document, DualShock 3 and Move controllers are shown working with streaming video sources like Hulu, Netflix and YouTube. It seems to suggest that game console owners could play alongside set-top box viewers, PC users and others.

Do you see yourself playing ads? I can’t stand watching them, let alone interacting with them.

Maybe playable ads will show up in the PS4.