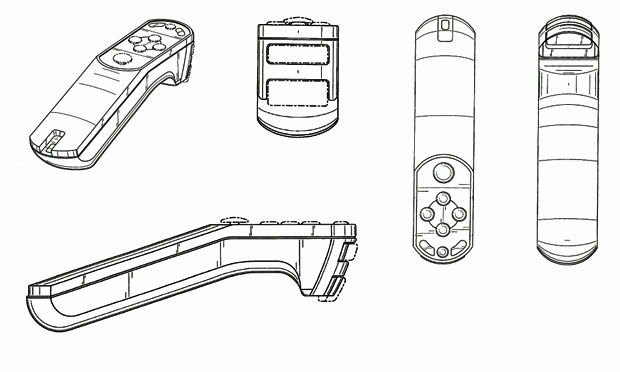 The above designs, along with some other Star Trek-ish ones, arrived at the US Patent Office today. The above design seems to bear some resemblance to the ones we saw demoed at Sony’s E3 press conference, except that they don’t have that light orb glowing at the end of the stick.

These designs were registered a year ago, last June, says GoFreak at NeoGAF, so they may differ a bit from what Sony has now. But they do have something that looks like a similar buttons layout. With a stick, the diamond of four buttons, two triggers and the function buttons, this looks like half a DualShock3. Well, it’s really closer to what you’d expect if Sony took a Wii Remote and did it their way. Either way, it certainly looks better than the “Magic Wands” that Sony was swinging around on stage.