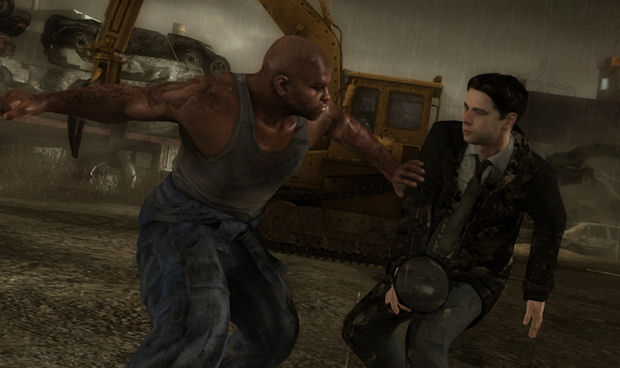 It’s February, the month that Heavy Rain finally launches, so you can expect plenty of hype and bluster over the next few weeks. First out the door is Sony product manager Lucy Duncan, who has called Heavy Rain an innovative gamble, but a gamble that Sony can afford to take.

“Being Sony, I suppose we have a little more luxury to take a gamble on more original and innovative IP — and Heavy Rain definitely fits that category,” she explains. “I suppose the risk is lessened if you have faith in the team behind the game and David and Guillaume and the guys at Quantic Dreams have really impressed, not just in terms of their back catalogue — Fahrenheit — but also in terms of the tech demo’s they showed in the run up to Heavy Rain.”

You damn right Heavy Rain is a gamble. The general consensus among gamers seems to be that Heavy Rain will be considered brilliant by the hardcore PS3 crowd, and largely ignored by the general public. If that’s the kind of game Sony wants to pour all its resources into, that’s great, but this is a gamble in which all the odds are against the publisher.

I’ve got huge respect for Sony’s balls, that it’ll put Heavy Rain out there. I just hope Sony isn’t expecting the game to do what most PS3 exclusives fail to do — stay in the charts. In any case, we’re playing Heavy Rain right now, so stick around for our review which is coming a little later in the month.