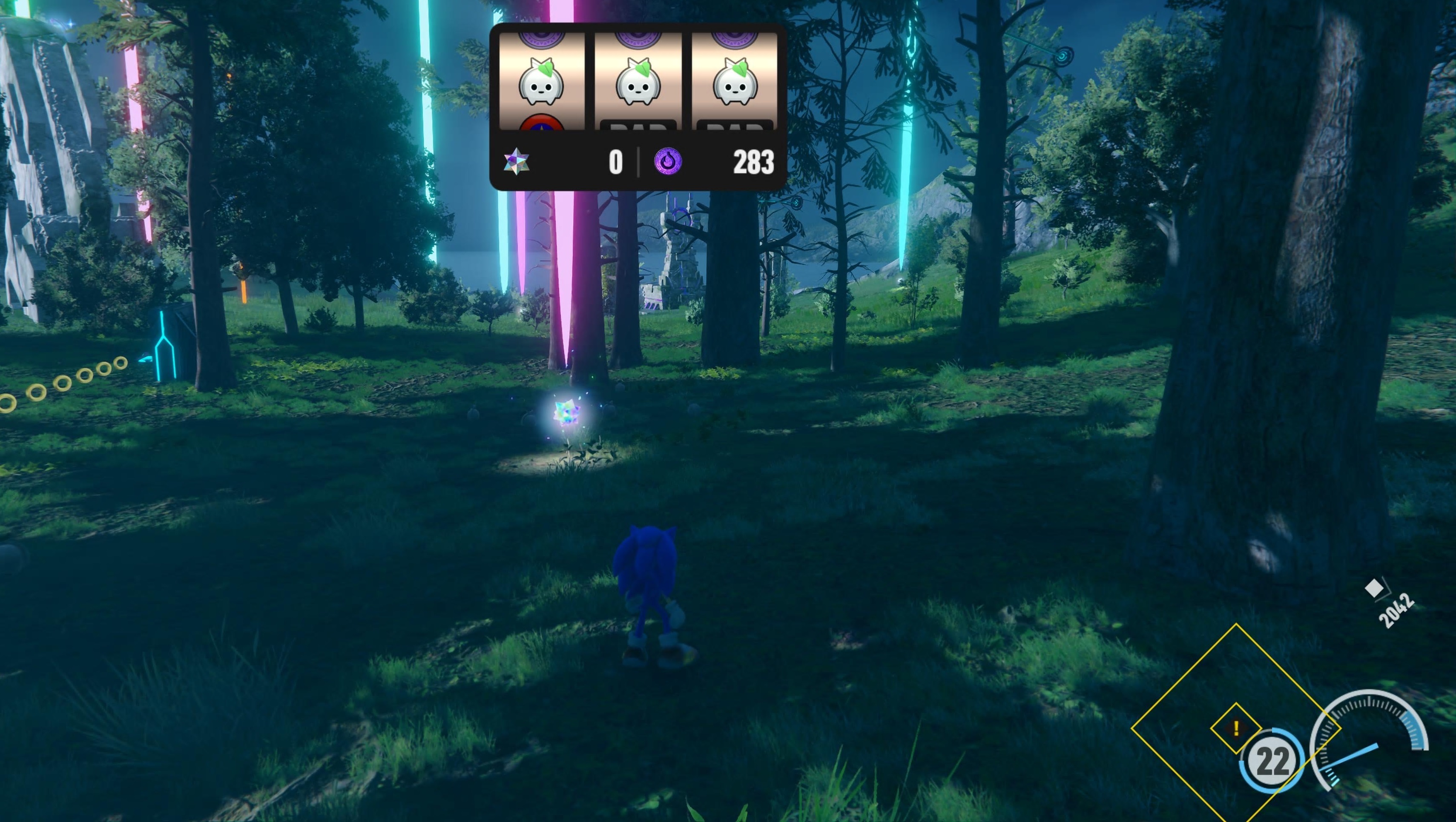 It’s a lot like Zelda: Breath of the Wild‘s Blood Moon

Sonic Frontiers takes a page out of some other recent open world games: including Zelda: Breath of the Wild.

Within the world of Frontiers, at night, an event can randomly occur called “starfall.” Think of this like an open world redo (where everything is winded back), as well as a bonus minigame opportunity. What does starfall do in Sonic Frontiers?

A short cutscene will play literally showing stars falling, which is how you know that the event is underway. Once the cutscene ends, tons of little starfall chunk pieces will be scattered across the entire map, with huge pillars of light indicating their position.

Given that it’s prone to happen anywhere, even during some critical path/story content, just be aware of the fact that you may want to take this time to chill/explore the open world while it lasts.

Like some concepts in Sonic Frontiers, starfall can be confusing at first, but let’s make quick sense of it using the above image as a guide. If you look on the right: those are fishing tokens (which can be used in the fishing minigame). If you look on the left of the bar: those are starfall meteor pieces, which you’ll pick up by running around the map during the starfall event itself. Those fuel the roulette wheel, which will randomly spin while you’re playing and earn you more tokens.

That’s it! Just run around like a maniac and earn more tokens. While doing so, you’ll likely encounter portions of the map you haven’t been to yet.