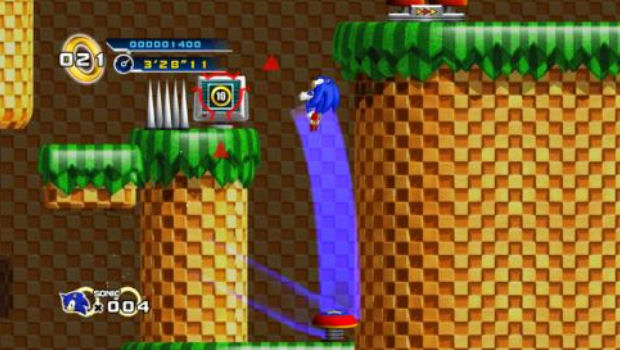 Sonic the Hedgehog 4, originally scheduled for release next month, has today been delayed by Sega. Hardly surprising, considering the release was creeping ever closer with only leaks and speculation to promote it. The game has now been slated for “late” release this year.

“SEGA is incredibly happy at the overwhelmingly positive response to Sonic The Hedgehog 4 Episode I  from both press and fans around the world, and wants to ensure that we’re delivering the best Sonic experience possible,” states Sega. “With this dedication to quality and the Sonic experience in mind, SEGA has decided to extend the development of the game, and will now release Sonic The Hedgehog 4 Episode I in the latter half of 2010.”

iPhone users at least got a bit of good news to go with the bad. Sonic the Hedgehog 4 has now been officially confirmed for Apple’s portable products. Further details on this release will be coming soon.

Whether this delay is in response to some negative comments following the leaks (most notably the infamous “mine cart” section) probably won’t ever be confirmed, but hopefully the delays will lead to some positive development time. What do you reckon? Is the delay a good sign of quality control, or an ill portent?