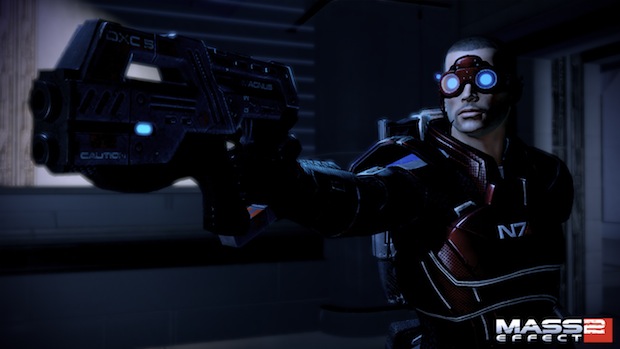 The winter of 2011 will see more than a few big EA releases, including the sequel to horror-title Dead Space, another Need for Speed, as well as that Epic Studios shooter we’ve been hearing so much about. But here’s a surprising tidbit: expect something “far-reaching” from the Mass Effect series (or team?).

Towards the middle of the riveting EA conference call, COO John Schappert busted out the news of something Mass Effect — something “far-reaching” — is set to hit in fiscal 2011.

“Winter of 2011 marks the chilling return of Dead Space, a highly rated, fully-owned franchise,” Shappert said. “Another big driving simulation from Need from Speed, a new shooter being developing by Epic Studios and co-published by EA, and finally something far-reaching from Mass Effect.”

Could this be a traditional, full-featured expansion across both platforms? Or is this another game based in the universe? Surely, it’s not Mass Effect 3.

In our recent interview (to be published soon) with Mass Effect 2 project director Casey Hudson, Hudson said to expect several pieces of unique types of content over the game’s life span.

“We actually have a pretty long campaign of various types of DLC currently being developed. It will cover the whole spectrum, from free items and content all the way up to several-hour adventures. We’ll be announcing some of the first bits soon, and one of the places you can find news about upcoming DLC is in the Cerberus Network panel on the start menu of the game.”