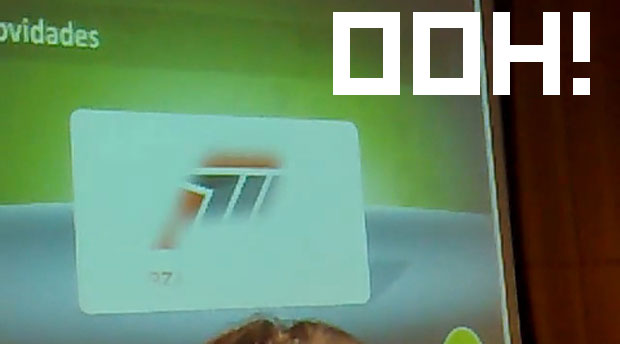 Alright, look — Forza Motorsport 3 is coming to the Xbox 360. It hasn’t officially been announced yet, but based on sales of the previous games and rumors, we had a good idea it was on the way.

Now it’s basically been confirmed, thanks to someone filming a Microsoft Brazil meeting when they probably shouldn’t have been. What we see: a partial look at what appears to be the logo for Forza 3. What we hear: some guy speaking Portuguese and everyone “ooh-ing” and “aah-ing” and saying “Forza! Forza!” You can see video of this thing after the jump; it’s mostly rambling and some slides, but the “big reveal” happens around 6:58.

We don’t have much more information, but previous rumors have suggested the Turn 10-developed title would include over 100 tracks, 400 cars, and would span across two discs.

Pre-E3, Microsoft’s announcements are always notoriously leaked all over the Internet well in advanced; this appears to be one what we can assume will be many. Hey, we have one, too: Based on an image sent to us anonymously, we have reason to believe Rare may actually, seriously be readying an Xbox LIVE Arcade version of Perfect Dark.

And there you go.