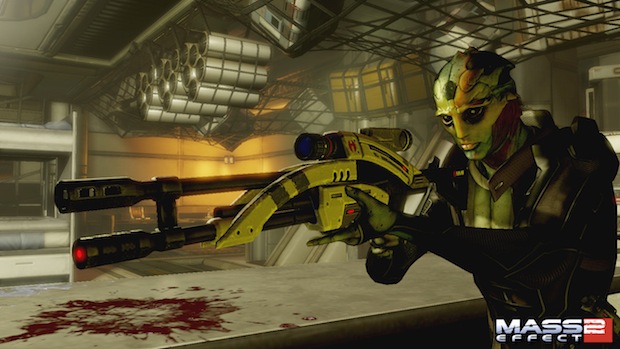 Take a moment to limber up those Geth-smashing fingers and hit the official BioWare social Web site if you’re interested in becoming the proud downloader of a new patch for the PC version of sci-fi RPG Mass Effect 2. And you might want to be interested. The band-aid fixes, most notably, the nastiest bug this side of Techanka: one that wipes character attributes if you press “F9” after completing a mission.

It also addresses the usual array of technical crap like dialogue delays, messaging issues, and equipment malfunctions. Sadly, there’s no fix for Subject Zero’s blabbermouth. Hopefully patch 1.02 will provide us with a gag or something.