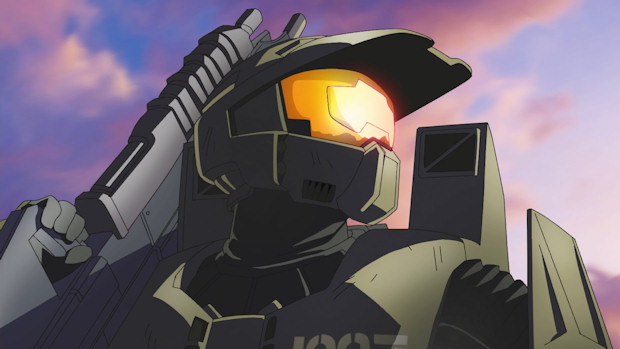 It has today been revealed that Microsoft’s new Halo studio, 343 Productions, is overseeing an anime set in the Halo universe, with a trailer due to be revealed at the San Diego Comic-Con later on this day. Dubbed Halo Legends, the cartoon will be a series of seven short adventures revolving around everyone’s favorite green-helmeted space heroes.

Five well-known studios are behind the project — Bones, Casio Entertainment, Production I.G., Studio4 C, and Toei Animation.  Shinji Aramaki, aka The Appleseed Guy, is acting as director on behalf of Microsoft.

A few details have been shed on one of the episodes by the LA Times:

Frank O’Connor, creative director of 343, gave a peek at some of the other Halo Legend shorts. Studio4 C’s project, tentatively called “Origins,” is a two-parter that’s about 30 minutes long in total and tells the entire 100,000 year history of the Halo universe. Another, from Toei, is the only one outside of the official canon and pokes fun at some of the game’s characters.

Should be great news for Halo fans who like a bit of Weeaboo in their diet. We’ll have the trailer up for you as soon as we get our rancid talons on it. Until then, sit tight and pray that Halo Legends doesn’t feature tentacle rape. I really don’t need to see that.