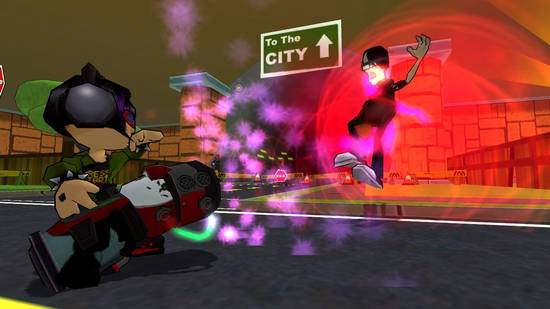 Along with a mess of high-profile titles coming out for most of the consoles later this year, Sierra had on hand a few Xbox LIVE Arcade titles tucked away in the corner. One of the games was Zombie Wranglers, a cute little Zombie action title.

Hit the jump for my short impressions of Zombie Wranglers. 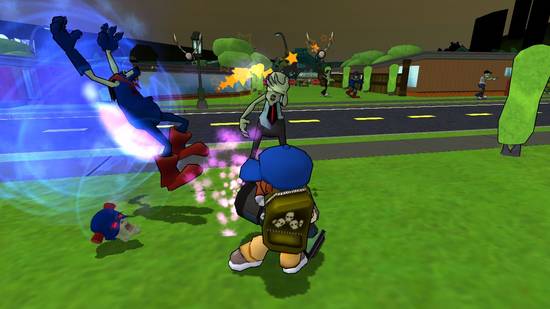 One of the first things I’m reminded of as Zombie Wranglers is being demoed to me is Kids Next Door. It’s a cartoon show on Cartoon Network where a group of kids save the day. In Zombie Wranglers, you pick between one of four kids who have to clean up the town from a zombie invasion.

This is a kid’s game, so the title focuses more on humor rather than gore. Getting attacked by zombies won’t infect you, and they’re pushovers when taking them on one-on-one. Of course, zombies are really only dangerous in groups anyway, and getting surrounded will get your ass kicked. 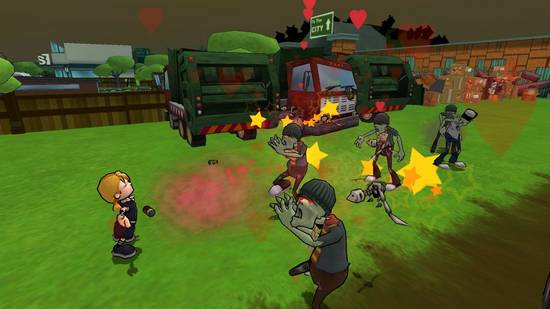 Killing zombies will get you “Zombucks,” which you can use to purchase items such helmets and weapons. The items are scattered throughout the map and you can only pick the items up by using “Zombucks.”

Aside from just clearing the infection, there will be missions where you’ll have to save humans, hunt down specific zombies, and there will also be a survival mode.

Zombie Wranglers will be out later this year for XBLA. The game will support four-player co-op either on LIVE or locally. Local play will cause the camera to shift to an overhead view as opposed to the regular third-person view the game is set to. Expect a summer release for this kooky title.