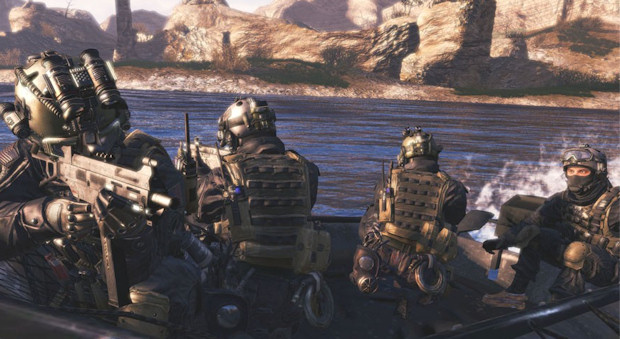 Surprise surprise. Modern Warfare 2 is getting a midnight launch. Best Buy has today announced that it will be supporting Infinity Ward’s latest chart dominator with midnight launches around the country, and is inviting TV crews and photographers to come along and give them free publicity.

Infinity Ward may not be winning any fans with the PC gaming crowd, but it seems that the studio could release a statement tomorrow that said, “Anyone who buys our game is a f*cking spastic and we think everybody who’s ever supported us is a pedo,” and the game would still be the biggest of the year.

It must be nice to have that kind of power.

Local fans can be among the first to purchase Call of Duty®: Modern Warfare® 2, the highly anticipated video game releasing at midnight as part of a series of special events at several Best Buy stores nationwide. Call of Duty: Modern Warfare 2, the sequel to the best-selling first-person action game of all time, will be available for purchase beginning at 12:01 a.m. on Tuesday, November 10 at Best Buy locations nationwide.

Marking the follow up to 2007’s blockbuster Call of Duty 4: Modern Warfare, Call of Duty: Modern Warfare 2 continues the gripping and heart-racing action that has come to be the hallmark of the franchise, as players face off against a new threat dedicated to bringing the world to the brink of collapse.

Best Buy Blue Shirts will be ready to help customers get the most out of their gaming experience. Customers can check out the latest in technology home theater technology that allows them to experience the High Definition graphics and surround sound that make the game come to life.

The game is rated “M” (Mature) by the ESRB and is available now for the Xbox 360® video game and entertainment system from Microsoft, PlayStation®3 computer entertainment system and Windows® PC. Best Buy will be offering an instant $10 Best Buy gift card for Reward Zone Gamer’s Club members with additional giveaways taking place throughout the events.