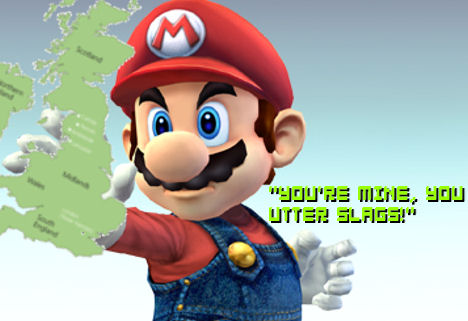 Proving that games companies can do whatever they want to Europe and get away with it, the British people have bent over and received a big fat rogering from Nintendo now that it’s finally decided to grace us with Super Smash Bros. Brawl.

Brawl sits comfortably at the top spot of the sales chart, with other Wii titles such as Wii Fit and Mario Kart Wii joining it in the top ten. The top ten rundown is as follows:

Nintendo, as with everywhere else, has nothing to worry about in Europe. Of course, this proves that the business model works, so I wouldn’t expect the almighty N to give a stuff about timely release dates in Europe anytime soon. Meanwhile, Guns of the Patriots does decently for itself, and the Xbox 360 has nothing worth buying lately. Go figure.