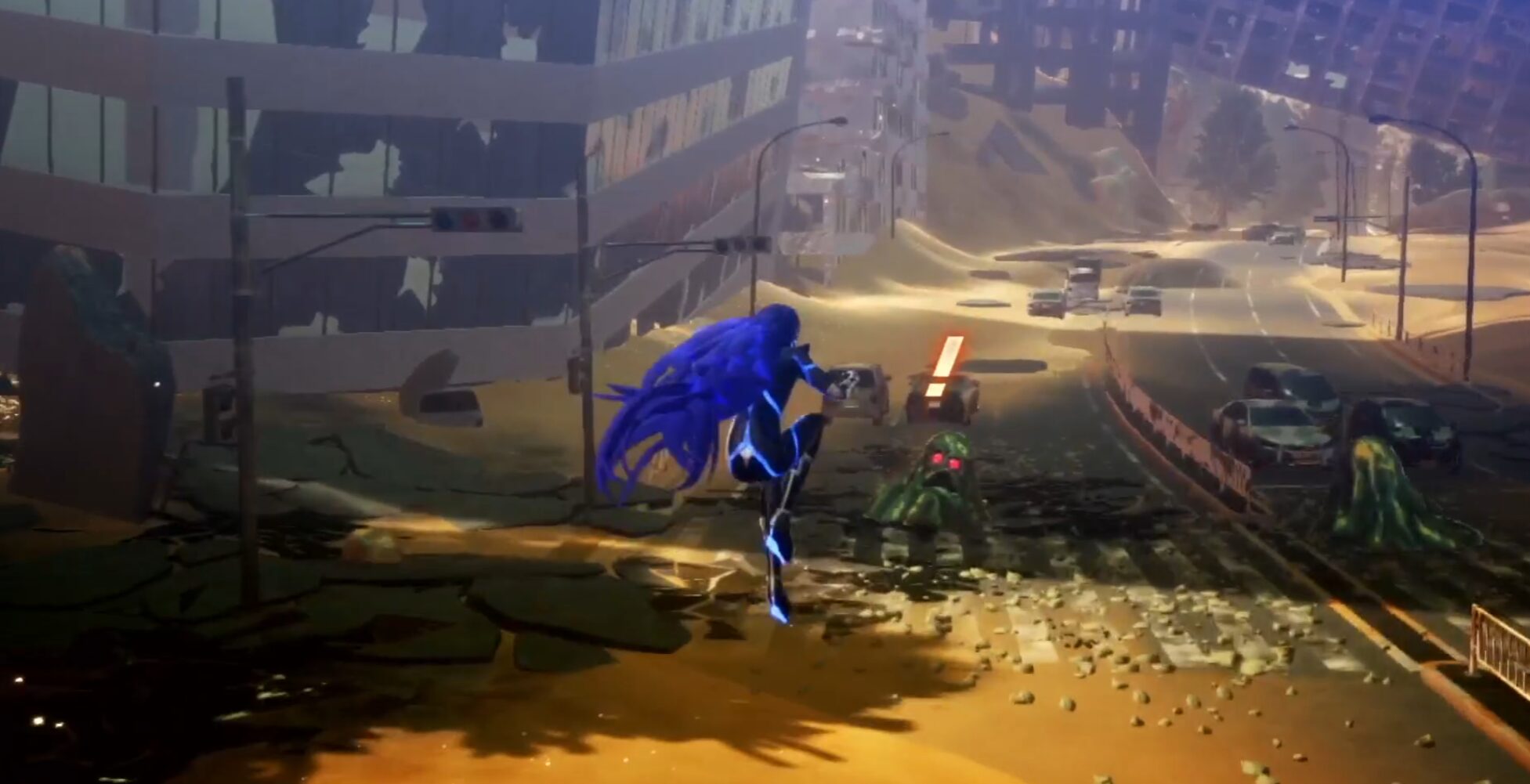 Live during the E3 treehouse segment

Today the Nintendo Treehouse “post Direct” stream gave us a little sneak peek at Shin Megami Tensei V details; something we’ve been craving for a long, long time now. The team took the game for a full spin with hands-on gameplay of the Japanese edition, which showcased the new environment and a bunch of little extras.

First, story details. “20 year ago the universe in the game became a New Netherworld,” and humans had previously inhabited it. According to the team “no one knows” why this became a Netherworld. The demo player notes the Japanese lettering on the street, invoking classic Japan/Tokyo motifs from the SMT series. One demon in the demo says that there “used to be buildings everywhere” in the desolate desert zone from the trailer, and that there was a “big battle 18 years ago” between demons and angels.

The main character is a human fused with an unknown being, invoking a flavor of Shin Megami Tensei III Nocturne. 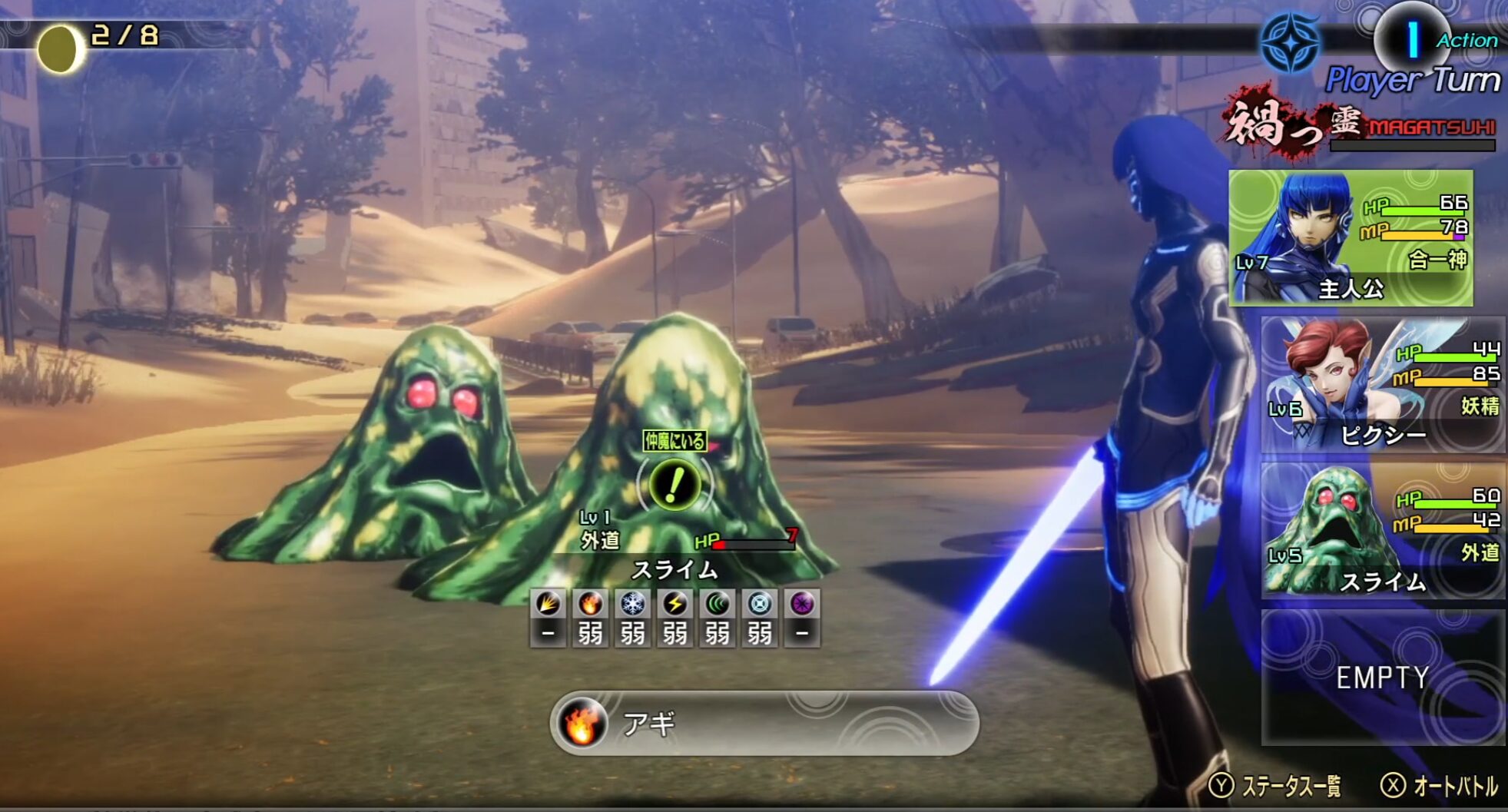 We also got a look at the combat system, which has a sleek new UI compared to what we’re used to with this series. As you can see in the above image, the slime enemy type has a handful of weaknesses, including fire, air, lightning, frost, and so on. You can also see enemies on the map instead of being forced into random battles. If you strike an enemy on the overworld, you can secure first strike: a staple of modern JRPGs.

Demon chatting returns, and demons might be a little more proactive in talking to you before you actually engage in a negotiation (with several demons from prior games returning). Upon leveling up you can put stats into strength, endurance, magic, agility, and luck.

It’s still slated for a November 12 release exclusively on Switch, and this will be one of the rare Atlus titles that comes out worldwide at the same time; rather than a months-early Japan drop. Pre-orders start on June 21.