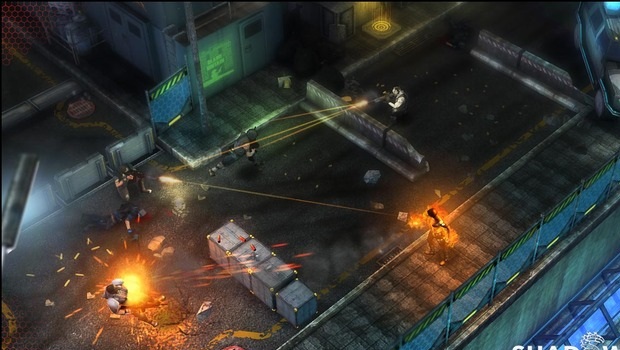 With just six days left for funding, Shadowrun Online has only made a little over half of its goal of $500,000. Don’t confuse this project with the first Shadowrun Kickstarter, which more than quadrupled its goal. This one is from Cliffhanger Productions, who are aiming to intertwine their story with the official timeline of the already existing universe by shaping it with decisions that are made by the collective actions of the players. How cool is that?

They also have quite a bit of prototype footage of the game (having been working on the title for awhile now) up on the Kickstarter page, and it shows off the atmosphere they’re trying to create as well as the tactical gameplay Shadowrun is known for. Better yet, it was recently announced that Cliffhanger is adding cross-platform support with OUYA, Linux, PC, Mac, iOS, and Android all able to run the same game.

The Kickstarter craze is quite weird at times. Projects will frequently meet their goals within hours of going up, while other projects sadly slip under a lot people’s radars and never meet its goal. And sometimes, a project will only make it to a point where it appears that there’s no conceivable way it could reach its goal within the timeframe left. Stranger things have certainly happened, so let’s make that final push for Shadowrun Online. You know, so we can better forget that FPS reboot we don’t speak of from about five years ago.