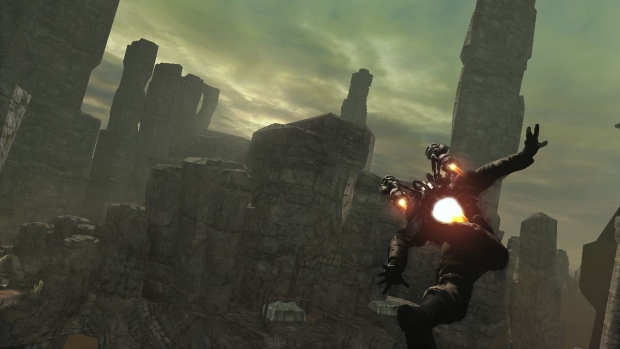 So I guess this Dark Void game is going to be a pretty big deal. What with the movie tie-ins we can easily conclude that Capcom is looking to make this a major franchise. Maybe it’s because I haven’t had any time with the game yet (unlike Dyson), but I’m just not feeling it that much — and I love The Rocketeer or at least the idea of strapping a jet pack onto my back. If you have been following the game then this video is for you, as it shows off The Watchers, who are mysterious indigenous beings from the planet Dark Void takes place on.

These guys appear to be enemies in the game, as large, sharp, metallic, pointy creatures usually are, but the video doesn’t show off much about them in general. I must say that they do look a bit out of place from the retro/future design I’ve seen of the game so far, but that is possibly intentional so that they are clearly different from your jet pack wearing hero. See, just typing “jet pack wearing hero” is actually getting me excited for this game.