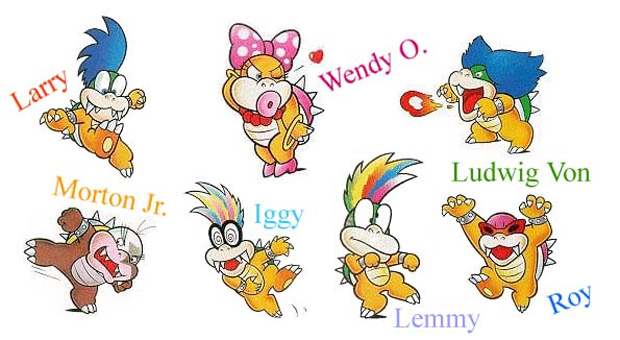 In the whole E3 madness, I somehow did not get the memo that the Koopalings would be returning to the Super Mario Bros. series. They were always my favorite characters in SMB 3 and I have long lamented their absence from games which followed. So, getting an e-mail about a video of the boss fight with Larry Koopa got me a little more excited than I probably would have been if someone (anyone) had bothered to mention them to me weeks ago.

Then again, it’s been a good while since their last game appearance and you can hardly blame me for writing the characters off. Interestingly, it’s only now that I realized most of the Koopalings get their monikers from musicians. Naming a cutesy but nasty villainess in a game marketed to children after Wendy O. Williams seems a ballsy move for the typically conservative games company. I highly doubt we’d see something similar today.

Anyway, check out the video after the jump. Who’s your favorite Koopa Kid?