In early 2011 Prejudice will hit PlayStation Network, Xbox Live, and PC (via services like Steam and Direct2Drive, as well as TimeGate’s own online storefront) simultaneously. Best news of all? TimeGate will be offering the entire game for only $14.99, or 1200 MS Points for the Xbox 360.

But make no mistake, Prejudice isn’t your run-of-the-mill downloadable title, with TimeGate president Adel Chaveleh telling me its the studios most extensive project to date. 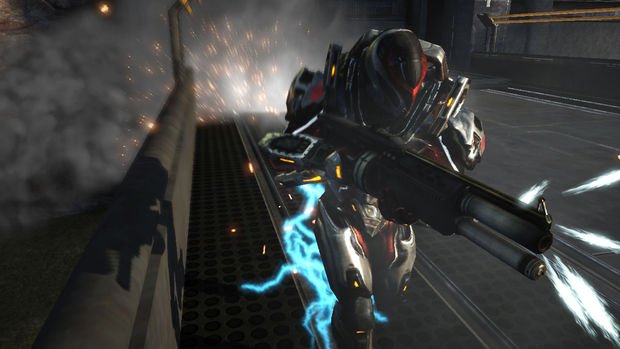 “TimeGate has been around for 12 years as an independent developer,” he explains to me, “and in our 12 year history, Section 8: Prejudice is both our largest production in terms of manpower, and our largest development budget to date.”

He adds that when compared to the original, Prejudice features not only more content, but is “magnitudes higher in quality.”

“We strongly believe that Prejudice could easily command a $60 price point, both retail and digitally,” he says.

Having gone hands on with an early build of the game, it undeniably looks as if  Chaveleh and his team can back up the claim. I had a chance to see and play two of the multiplayer modes that will ship with the game, “Conquest” and “Swarm,” and both offered the same kind of substantial gameplay experiences you’d expect from a disc-based title. 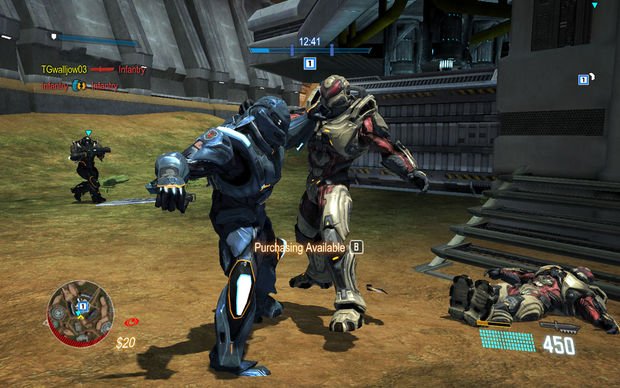 The “Conquest” mode that fans of the original Section 8 might remember is back in Prejudice, and it’s mostly as you remember it. This 32-player team-based modes plays out like a tug-of-war of sorts, with players battling it out to command various points on a map. The things that make Section 8 so unique have all returned, too, including the ability to spawn on any point on the map by diving-bombing in from the sky. The jet pack is also back — how much fun it is to use and how it changes the feel of the game shouldn’t be underestimated.

“Dynamic Combat Missions” are back in play as well. These little “sub-quests” are interjected into the game every so often, adding a bit spontaneity and randomness to the traditional “control point” game objective. One example goal could have a “VIP” non-player character spawning on the map, with one team’s objective to safeguard them for a fixed period of time. The opposing team, on the other hand, would have their own conflicting objective — assassinate the VIP. It’s an interesting twist, one that kept combat fresh and in many ways unpredictable.

All new to Prejudice is “Swarm” mode, a four-player cooperative game type that has players holding a single control point and fighting off waves of progressively punshing enemies. If your first thought is “Oh, it’s just another Horde mode,” you’re not entirely off the mark. But in playing the mode it became clear how Section 8’s unique mechanics gave it a feel entirely its own. The ability to call in vehicles and other deployable assists, like turrets and supplies, gave the mode a distinct “Tower Defense” flavor. Stopping to think and prepare for incoming waves with strategic placement became as important as the game’s twitch first-person shooter gameplay. 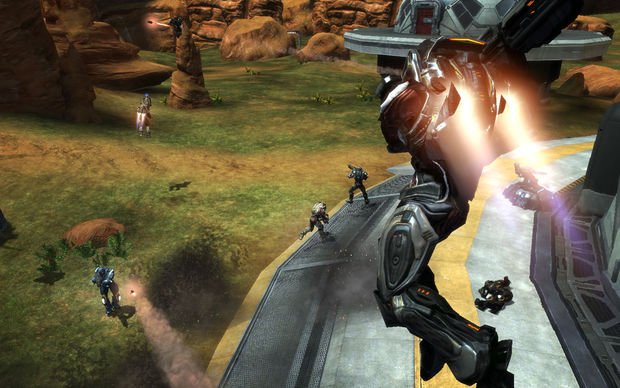 While multiplayer modes were the bread and butter of the original Section 8, in order to truly be able to pitch Prejudice as a “retail experience in the downloadable space,” TimeGate needed to place some focus on its single player campaign. The original title featured a sparse single player campaign, a string of bot-filled multiplayer modes wrapped around an afterthought narrative that could be completed in around two hours. With Prejudice, TimeGate hopes to offer a lot more.

The result is a five hour experience spread across a number of environments distinct to the campaign, all new for Prejudice. While I haven’t had a chance to go hands on with the mode, Chaveleh tells me to expect plenty of “memorable moments and story-driven narrative,” which he hopes will make the product stand out when compared to other digital first-person shooters. 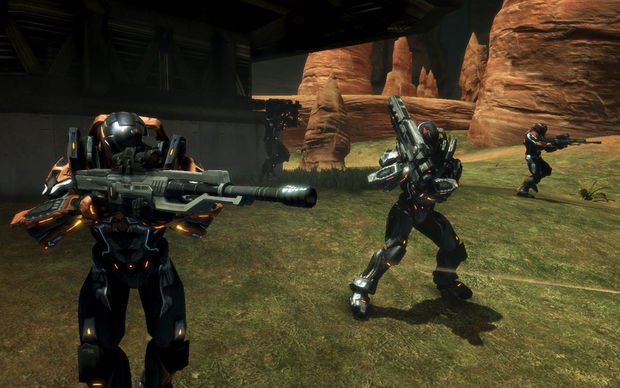 A solid single-player isn’t the only thing that’s going to make Prejudice stick out in the digital space, as TimeGate truly does seem to be going the distance on the project in other ways. When the game launches next year, TimeGate will launch its new community site and stats portal which will keep track of just about everything you do in game. Hardcore players will be pleased to hear about the web-based online “Clan Management,” and dedicated server support for all platforms (including Xbox 360 and PS3) makes a return in the sequel.

While Prejudice looks to be a complete product “out of the box,” TimeGate is already committed to supporting the game in the long term. Chaveleh touts the studio’s dedication to post-launch support, saying we can expect not only new maps, but even completely new game modes following the game’s release.

Sounds good? Not surprisingly, Chaveleh thinks so, too: “Basically, our position is that it’s the best value and the highest quality first-person in the digital market… period.”

Section 8: Prejudice will launch on PC, PS3, and Xbox 360 simultaneously next year.