Now if only someone could tell the skeletons to stop firing

In case you hadn’t heard, Sea of Thieves is now a fishing simulator. I mean, if you want it to be. (You do, don’t you?) There are 10 species of fish to catch if you’re hoping to heed the Hunter’s Call, but first you’ll need to find out where they roam. Given the scope of the high seas, that’s easier said than done. There’s also the matter of bait. Splashtails and Pondies aren’t picky, but others absolutely are.

I don’t think I’ve ever played a video game with a fishing component and found every last critter without eventually referencing a guide of some sort. That’s kinda just the way these things go. In that spirit, I’m super thankful whenever someone bundles all of the necessary details into an easy-to-skim chart. 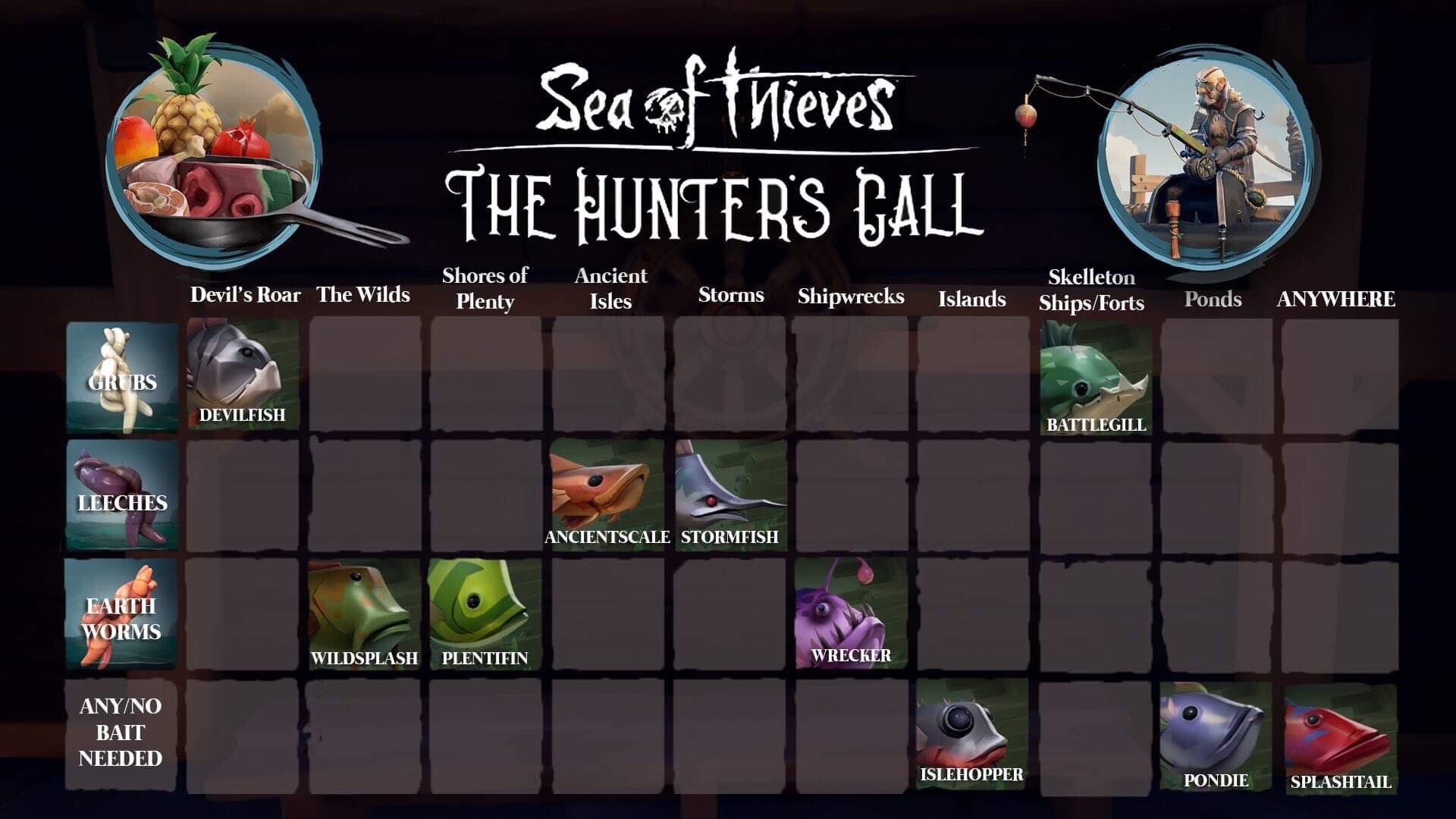 Let this Sea of Thieves fishing chart from Twitter user @AJM_3196 be your reference guide while island hopping. It breaks down which species need what type of bait and whereabouts in the open world they reside. The list includes Devilfish, Wildsplashes, Plentifins, Ancientscales, Stormfish, Wreckers, Islehoppers, Battlegills, Pondies, and Splashtails. Check ’em off as you go! And remember to have fun.

All told, there are actually 50 individual varieties of fish – some of them even glow! – but this graphic covers the basic species. Master anglers can also set their sights on larger-than-normal trophy fish. For more in-depth tips on fishing and cooking for The Hunter’s Call, consult this handy dandy reddit guide.

More than the story-driven Tall Tales and PvP skirmishes in The Arena, fishing is what speaks to me most in the Sea of Thieves Anniversary Update. It’s gotta be one of my favorite pastimes in gaming. The activity was sorely missed at launch last year, but now that fishing is here and it’s more fleshed-out than I would’ve expected, I’m happy. Rare can do cool things with this system going forward.

Filed under... #Fishing Games#Rare#Sea of Thieves