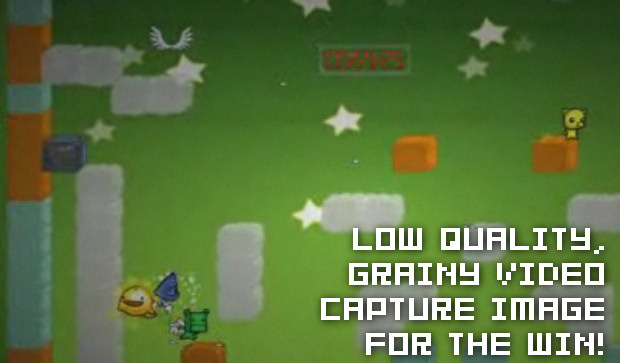 The Behemoth has revealed some fresh gameplay footage for its “competitive platformer” title, known only as Game #3. As you can see, it involves bouncing on people’s heads and flapping about with a pair of angel wings. Typical Behemoth weirdness.

The gameplay looks a bit slower than previous Behemoth games, but I’m thinking the lack of music at this early stage is simply making me think it’s slow-paced. I imagine when more bells and whistles have been added, this will look just as chaotic and mad as previous games. At least, in these early goings, Dan Paladin’s unmistakable artwork is in full effect.

No idea when or where this will be released yet, but it’s sure to be cool. Hit the jump for the video.