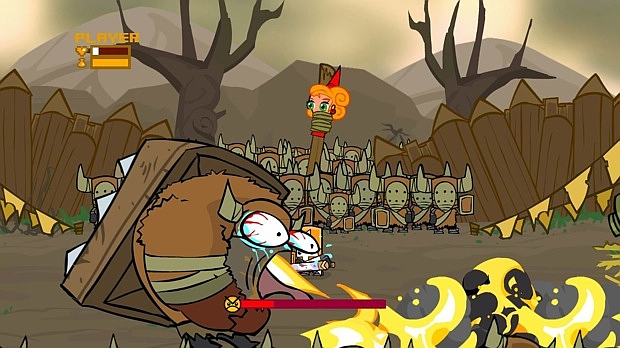 Castle Crashers is no longer an Xbox LIVE Arcade exclusive. The studio behind the title, The Behemoth, is bringing the quirky brawler to PlayStation Network.

According to the GameSpot Comic-Con preview of the PSN version, PlayStation 3 owners should expect a comparable action-packed experience. Trophy support has been confirmed, but little else is known. The Behemoth is keeping their lips sealed about any possible Sony-exclusive additions. The studio also isn’t talking release date or price.

Castle Crashers is a delightful downloadable title that we’ve been enjoying for, well, almost a year now over Xbox LIVE Arcade. What’s up, Sony fans? Excited for this?

[Thanks to everyone who sent this in!]