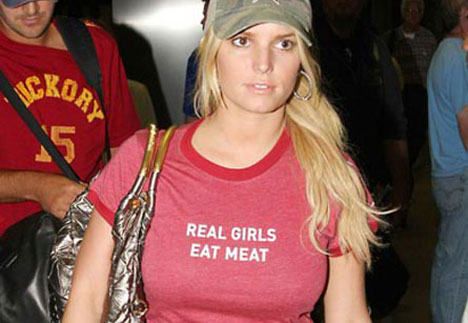 During a recent appearance on an Australian radio show, famous blonde person Pamela Anderson called another famous blonde person, Jessica Simpson, a “bitch” and a “whore.” Her exact words were, in fact, “I think she is a bitch and a whore.” All of this over meat, for cryin’ out loud.

We hate it when our ex-girlfriends fight. We spent much of the day trying to clear up this whole mess, and we almost missed this stuff: