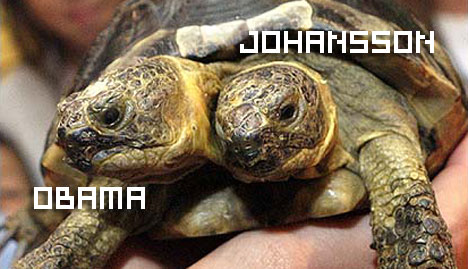 When we heard that actress Scarlett Johansson was email pen pals with presidential candidate Barack Obama, it made us so happy. What a cute couple those two would make. We even wrote fan fiction.

But today, our dreams were crushed when Obama came out and said “I barely even know that crazy b**ch!” Needless to say, we cried a lot today, and we might have forgotten to tell you about this stuff:

Send your videogame-related news and tips to [email protected] … because we’re still looking for pictures from Barack Obama’s Maxim shoot. Or was that Scarlett Johansson we were looking for? We’ll take what we can get.