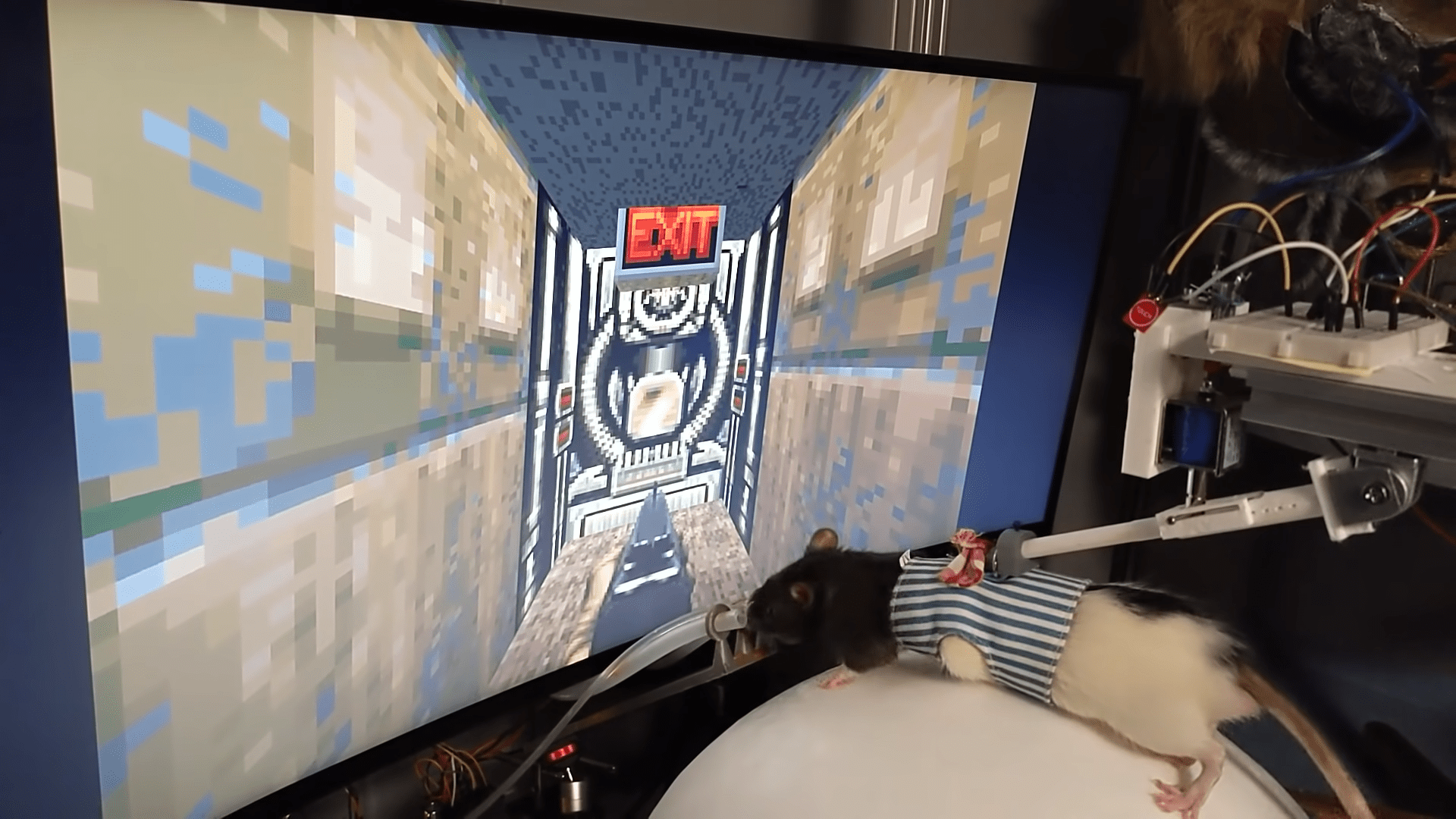 Does this mean we’re getting a rat pro league?

With access to an endless stream of information and content on the internet, sometimes you think you’ve seen it all. Thankfully, though, something comes along every once in a while that proves you wrong, and that happened to me today when I found that there’s a scientist who taught his rats how to play Doom II. This is so ridiculous, it has to be part of some important project for the good of mankind, right? Oh what’s that? Hungarian software engineer and neuroscientist Viktor Tóth just got bored one day and decided he wanted to teach his little furry friends how to play video games?

Okay so turns out he was actually just curious to learn more about brain computer interfaces, and thought this might be a good way to test them out. But still, it’s pretty hilarious that this is how he chose to go about it. His setup includes a large ball made out of a material called polystyrene, a plastic that’s often used in food packaging.

To play Doom, the rats were placed on top of the sphere where they could use the pressure from their feet to move around the game’s map, while also being fitted into a harness so they don’t fall off. Finally, the rats also had a little tube in front of them that would dispense treats when they did something right.

Tóth says he specifically chose the first level of Doom II to train the rats because it was simple, and a large enough area for the rats to walk around and explore. “I was able to scrap the first corridor out of the map and make the doors open on touch when a rat approached it,” he said, “there’s no button they need to press or behavior they need to exhibit to actually open doors.” Even with these modifications, one of the rats named Romero ended up getting confused when he encountered his first enemy.

Tóth goes on to explain that even when imposing a deadline on himself to get the rats trained up in time, they still have to learn at their own pace.

Neuroengineer Viktor Tóth trained three rats to play "Doom II." Here's a video of one of the rats Romero getting surprised by an imp during shooting training! 🐀 pic.twitter.com/whrTftl4mr

When asked about his plans to create a Twitch channel for the rats, Tóth gave a hesitant yes. “It’s a very valid way to monetize a project like this. The only problem is how long the rat can run for,” he said.

Well I don’t know about you guys, but this is absolutely something that I would tune in to watch. These rats are so adorable, and it’s kind of cool that Tóth is spreading the love of gaming to another species. If you’re interesting in learning more about the process, too, I recommend reading the full interview on Futurism’s website.