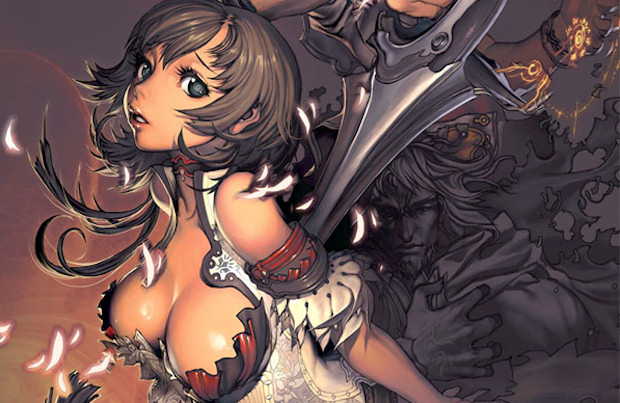 That’s right, folks. RPG sequel Magnacarta 2 has only just released, and Namco Bandai has made sure to “support” it with meaningless downloadable content, as is the publisher’s modus operandi. The new DLC includes weapons and — wait for it — cutscenes. Yes, you can download cutscenes.

For 400 Microsoft Points, you can download a “Bonus Pack” that includes three comedy cutscenes and twelve weapons for the game’s six main characters. If you think that’s a crap deal, be glad you don’t live in Japan, where Namco is selling the cutscenes separately for 320 Points apiece. Two of the weapons are also separate downloads, again costing 320 Points.

Namco Bandai is the king of bad DLC. Tales of Vesperia had in-game gold and level ups for sale, and the publisher is famous for selling on-the-disc content like unlockable costumes and characters in SoulCalibur IV. One can expect that Magnacarta 2 will follow the same path, so expect even more bullsh*t DLC for this game in the future.

Seriously, it’s getting to the point where I’m wondering why anybody would buy a Namco Bandai game in good faith.