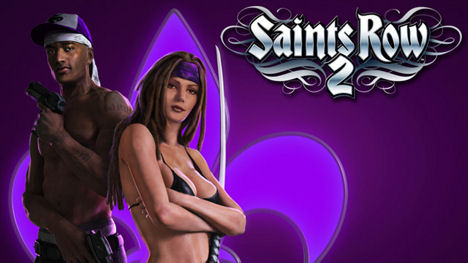 The problem with Saints Row 2 is that it’s always going to be compared to Grand Theft Auto IV. You can hardly blame people for doing so, since the original Saints Row was a shameless copy of the GTA series in many respects, but the sequel looks to be taking open-world crime games in a very different direction from Rockstar, and THQ wants people to be reminded.

“We have a very differentiated product in this open-world genre,” says THQ chief executive Brian Farrell. While GTA IV went for deeper storylines and realistic city life, Saints Row 2 is all about “silly, over-the-top gameplay” and is promised to be very “tongue-in-cheek.”

Saints Row 2‘s promotion has certainly emphasized its focus on silliness and mindless fun, and I think it’s an excellent direction to take the series in. The original Saints Row‘s attempts at serious storytelling fell flat on its face, so if that gets swapped out for senseless inanity, I think we’ll have a game that can hold its own against Rockstar’s more “serious” Grand Theft Auto IV.

This all depends, however, on whether the game can pull off comical stupidity well. I have my apprehensions, but remain quietly hopeful.