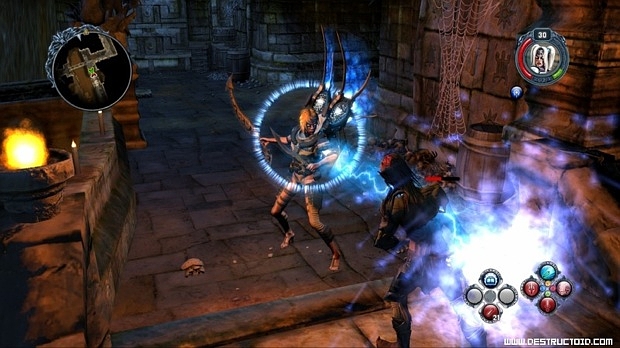 Unfortunately, the promise of good console sales weren’t enough to keep Ascaron Entertainment’s financial head above water. The studio responsible for the Xbox 360 and PlayStation 3 versions of Sacred 2 has entered administration in Germany.

It sounds bad — bankruptcy always does — but it’s not all black roses and tombstones. In a statement released to GameSpot, Ascaron said “several well-known interested parties” are discussing a “positive takeover” of the studio.

Ascaron mentioned that their console titles (hitting this May) would not be affected by their financial woes. They also mentioned that a PC expansion for Sacred 2 is well under way, as well as Sacred 3. Someone — I’m looking at you Capcom, for no particular reason — needs to scoop these guys up. Something tells me that Sacred 3 could be off the chain awesome.