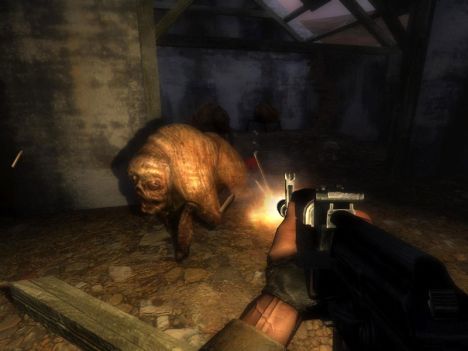 It appears that S.T.A.L.K.E.R., the wonderfully flawed postapocalyptic action/rpg, is getting a sequel. PrimoTechnology (no relation to Primatech Paper) recently announced that thanks to “positive reaction[s] to S.T.A.L.K.E.R. all over the world,” the franchise will see a few more titles in the next few years.

The exact nature of these titles will not be revealed until E3, but it’s comforting to know that this ambitious-but-flawed game will get another go-around. If Primotech is manufacturing a sequel, one has to hope for two main things: firstly, that the game’s major shortcomings (namely controls, weapon damage, graphics, useless sidequests that give you pointlessly weak weapons an armor, an awful PDA, and lack of diversity in missions) will be fixed, and secondly, that it won’t take another six years to make.

S.T.A.L.K.E.R. was D.I.S.A.P.P.O.I.N.T.I.N.G* on many levels, but the game had some serious potential; it’s great to know that the Primotech team will have a chance to iron out all those flaws and turn the game into what it should have been. Assuming they admit that the game is flawed, anyway — it’d be a shame to see a sequel turn out exactly the same as the first.

*That joke has been done before, hasn’t it?