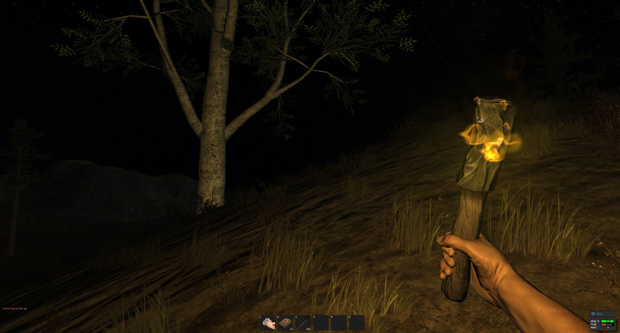 Putting the financial success of Steam Early Access title Rust into perspective, designer Garry Newman told GamesIndustry International that in the span of a month the multiplayer survival game “made about 40 percent of what GMod has made in about nine years.” That’s in terms of profits. Writing on his blog, Garry noted that Rust has sold over half a million units “in just over a month” and GMod has passed four million units sold.

Asked if the new game would carry on for as long as Newman’s prior hit, he explained that the team at Facepunch Studios “[has] about four or five other projects on the go right now! As long as Rust pays our wages we’re going to keep working on it. Even when it’s ‘finished’, it’s not finished, it’ll still be updated, in the same way that Garry’s Mod did. I suppose it’s the way with big games, there’s never an end point, it just evolves.”

I’m conflicted about whether or not I should’ve waited until Rust was further along before getting into it, but there’s no going back now. Newman talked about introducing disasters like tornadoes or volcanoes — or “a flood of dinosaurs,” as suggested on the forums — to limit the number of player-made structures on any given server. Once again, the game’s future sounds bright but I’m having a difficult time remaining patient for that time to come.