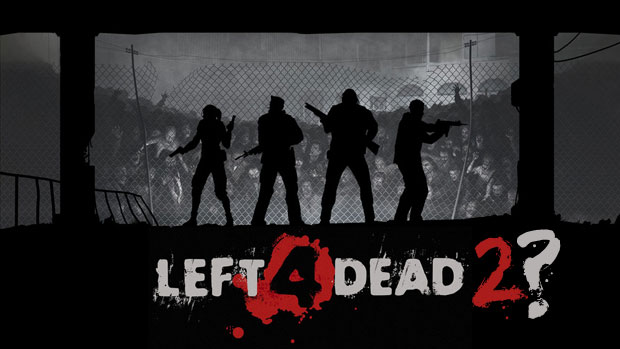 E3 is right around the corner, and Destructoid has been hearing all sorts of juicy rumors. A lot of things are being said, and among them a very reliable source has informed us that Valve and Electronic Arts are looking to reveal Left 4 Dead 2 at E3 next week.

L4D 2 will see four different survivors battling the infected horde as they try to survive the game’s four scenarios. The game is said to be set during the same time frame and locations as the first title, but the four new survivors will be fighting off the infected in other parts of the same locations. To us, it sounds a bit like Ada sidequests from Resident Evil 4 — while Leon was going through his mission, Ada was running around the same areas, doing her own thing.

We’re also told to expect new guns, as well as a variety of melee weapons like a baseball bat, axe, and chainsaw. Players should also brace themselves to come face to face with at least one new special infected “boss” character… something big. And fast.

If what we’re hearing is solid, Left 4 Dead 2 is planned for the PC and Xbox 360. While the information we received was vague, the source had been reliable in the past, and the idea of a sequel to Destructoid’s 2008 “Game of the Year” was too exciting not to share. If this pans out, we hope to see more — at least in the form of an announcement trailer — at E3 next week.