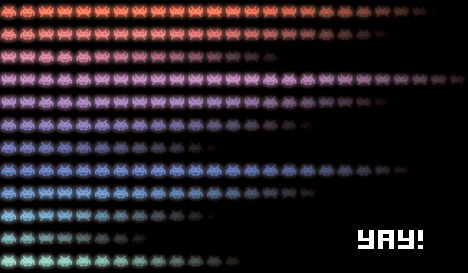 It seems that Play Asia has been a source of game announcement leaks lately, dropping news of Strikers 1945 and Crimsongem Saga. Hopefully it’s going to be three for three, as it now contains a listing for Space Invaders Extreme 2.

Play Asia is giving a release date of March 26 for Taito’s possible sequel, and it’s available for pre-order right now. There is no official announcement from Taito yet, so this remains a rumortoid.

Hopefully it’s true, since Space Invaders Extreme is a damn fine game and definitely a staff favorite at Destructoid. March is pretty soon though, so Taito better get off its arse and make an announcement if it is indeed on its way.