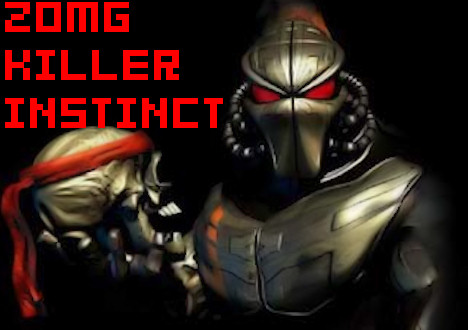 We still have GDC to get through, but that’s not stopping the blogocube from looking toward E3 with speculative eyes. The newest rumor concerns Rare, and is hinting that two new games from the British studio will be announced at the show.

Right now, the rumors point at a new Perfect Dark and the fabled Killer Instinct III, owing to the fact that “first person shooter” and “online brawler” have been thrown around. I find the idea of a new Perfect Dark incredibly believable, especially since Rare rushed to complete the last one and will no doubt want to correct the problems it suffered. There’s no way we’ll not see another Perfect Dark.

As for Killer Instinct, that rumor has joined the MGS4/Xbox 360 debate as one of those things that just won’t die, not until it happens or the companies involved go out of business. I won’t entertain thoughts of a new Killer Instinct until I see it with my own two eyes. I’m not saying it’ll never happen, just that I won’t believe it until there is proof. I am a KI agnostic.

What do you think Rare will pull out of the bag at E3? Personally, if there IS a brawler in the works, I want it to be based on Viva Piñata. It’s the closest I’ll get to punching a horse in the gut.