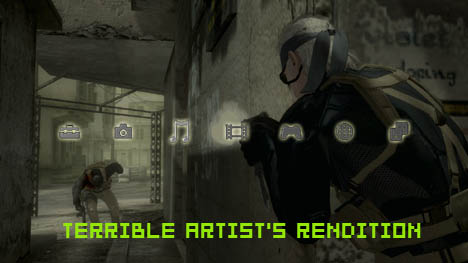 Ah, we’ve been talking so much about the PlayStation 3 2.40 firmware update that I almost hate to mention it again. But we need that in-game XMB bad, so we can’t give up hope!

Samit recently gave us the lowdown on some new features, as well as a rumored release date… three weeks from now. Now a new rumor trumps this one with a closer release date. NeoGAF’s consoul says:

Official announcement on the 30th.
The video walkthrough and official screens of in-game XMB, profiles and trophies will all be out on Monday.

A video walkthrough? Sounds promising. And while I don’t care about the trophies, it’s good to know that our rumormongers are thinking about them.

Of course, we like the sound of this new rumor, but the previous claim of a E3 release sounds more probable. And while we’re throwing around rumors, check this out:

there’s also word that konami will release an update to mgs4 shortly after 2.40’s release to allow custom soundtracks to be played from the ingame ipod.

Of course, none of this is confirmed. But we can dream, right?