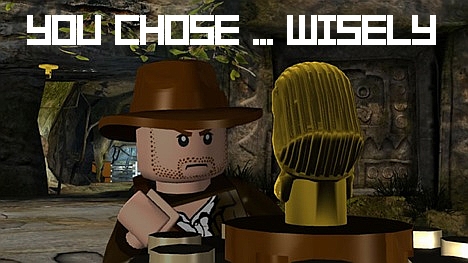 The eternally upcoming Indiana Jones next-generation title has been canned, according to sources close to IGN. Developers working on the title have been shifted to other projects. Greener pastures, indeed.

This shouldn’t be a total surprise. The game made its rounds back in 2006, but since, it has been mostly dark. The PR engines like to keep thumping after a game is announced. If the engines can’t be heard, there’s a big, big problem.

Being the journalist that I am, I wanted to ask George Lucas what he thought about the alleged cancellation. He wasn’t available. I asked my cat instead. She wasn’t much help either. I suppose we’ll never know.

[UPDATE: Joystiq is reporting that this may not be true. They spoke with a LucasArts representative today who said that “LucasArts remains absolutely committed to the Indiana Jones franchise. While we are aware that fans have been eagerly awaiting additional information on the upcoming game, they can rest assured that details are forthcoming.”]