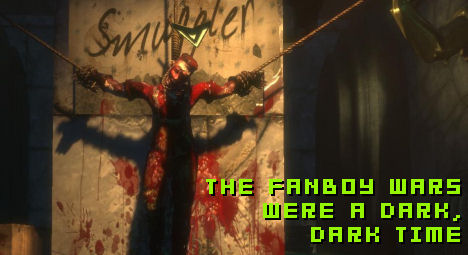 Looks like PlayStation 3 fans are about to get a little more BioShock for their BioBucks, if this new rumor is anything to be believed. When it was first revealed that BioShock would be heading to the PS3, people wondered if any decent exclusive content was on the way, and it now it seems that it may well be.

Among the “insider info” floating around is news of a brand new opening movie for the game that is said to run at six minutes long and show what Rapture was like before the fall. More importantly, a whole new level is said to be exclusive to the PS3. This is rumored to be the “zoo” section that 2K was unable to put into the 360 release due to time constraints. Trophies will apparently be part of the game as well, along with the obligatory Sixaxis support. For the graphics whores, increased visual quality, reduced loading times and less pop-in are also on the cards.

Again, this is nothing but gossip right now, but if it’s true, then Sony fans have a lot to be smug about. Aside from the opening movie (I don’t need to see Rapture pre-fall, I have an imagination, thanks), there is some juicy potential here to make BioShock PS3 superior to the original.