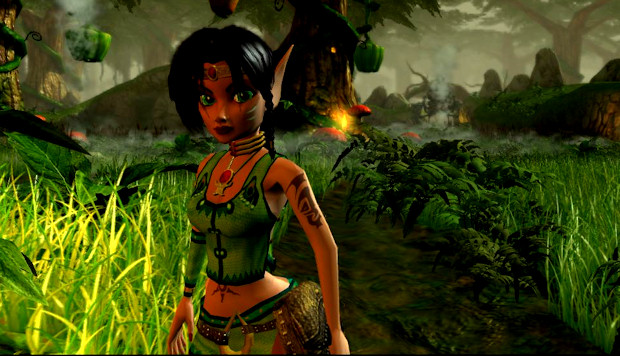 Project Natal has claimed its first victim, with the followup to Rare’s 2005 adventure game Kameo thrown on the scrapheap to make way for projects involving Microsoft’s magical waggle monster. According to rumors, Kameo 2 was just one of several “traditional” projects quietly murdered in the name of Natal.

As a premier Microsoft studio, it’s clear that Rare will be in the vanguard of Project Natal’s march. The company is hard at work on motion-sensing nonsense and doesn’t have time for old-fashioned games. It’s also been reported that the poor sales of the original Kameo helped make the decision far easier. Let’s be honest, Kameo was never going to be a major franchise and this could almost be seen as a mercy killing.

Kameo 2 isn’t exactly a big loss, but it makes one wonder what else has been thrown away in favor of this new gimmick. I hate hearing that games have been scrapped because some new piece of kit is hitting the market, and I hope that this doesn’t become a running theme.