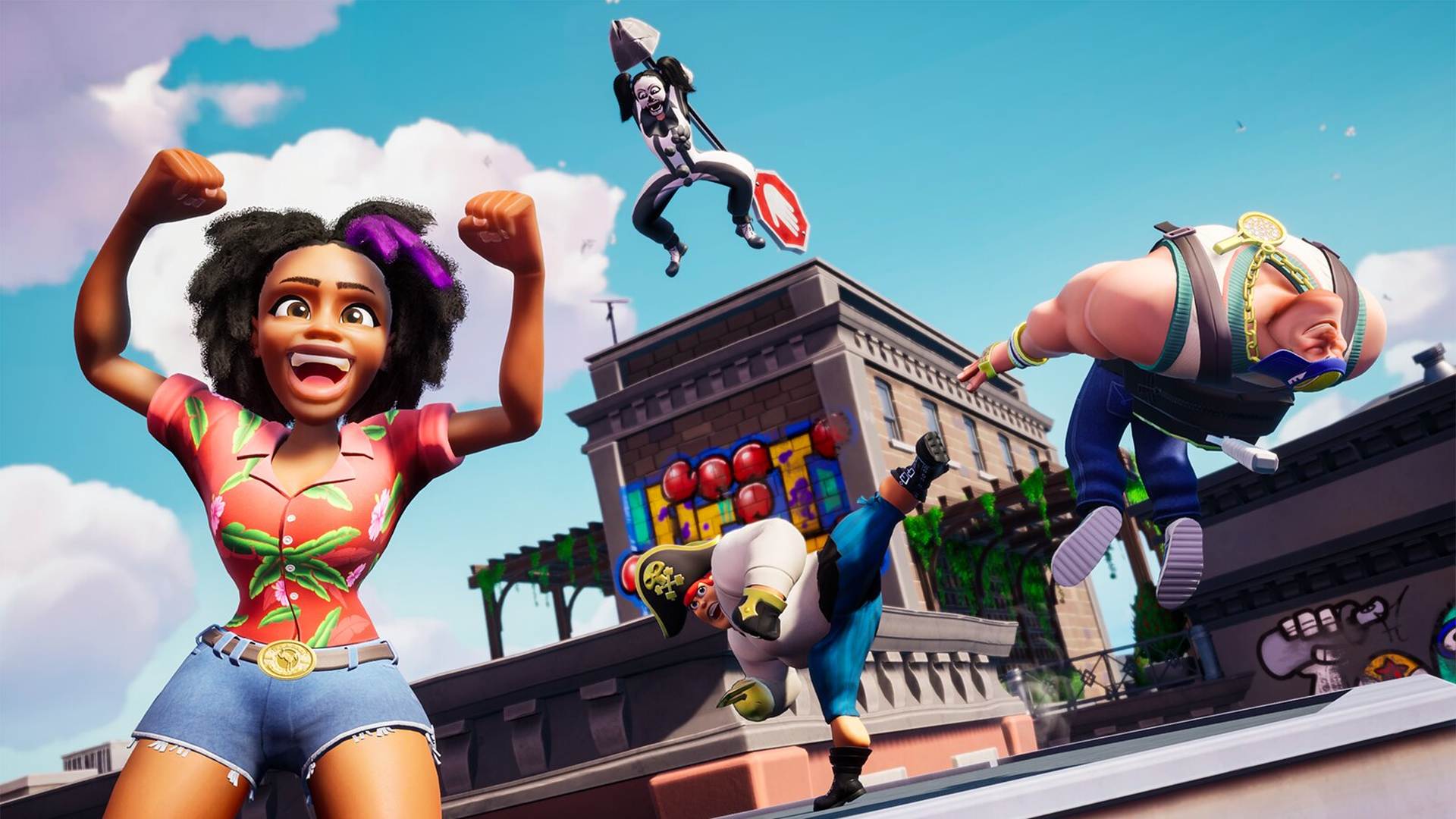 If you’ve ever played a battle royale and thought the whole shooting thing was a little dry, there’s a new battle royale out today that should solve that and then some. Rumbleverse is live today, bringing chops, kicks, and high-flying throws to Xbox, PlayStation, and PC.

If you haven’t seen it before, Rumbleverse is essentially a wrestling battle royale from Iron Galaxy, the studio behind games like Wreckateer and Divekick. The studio’s had a fair bit of experience working on fighting games, and it shows in Rumbleverse.

The 40-person grappler royale has players rush throughout a city, grabbing special magazines full of moves to then employ against other players. Melee weapons like bats and chairs are also in the mix, of course.

There’s a standard battle royale mode, or Solo Mode, as well as a recently revealed Duos Mode where players can team up. There’s also a Playground Mode, which will let users explore Grapital City at their own place. It’s kind of like the training room equivalent, for this wide world of wrestling.

Rumbleverse is free-to-play as well, and it has crossplay enabled. You can also form cross-platform parties for Duos, though you’ll need to add each other through the Epic Games Launcher to make that happen. The FAQ on Iron Galaxy’s site has an easy-to-follow rundown for how to make that happen.

While the game launches today, its first season kicks off next week on August 18, with a Battle Pass available for purchase then. There are also special bundles for Rumbleverse, if you want to start out with some extra cosmetics and shop bucks.

Fortnite may potentially be getting Goku, but for those who really want to brawl, seems like Rumbleverse is a solid option. It’s out now on PlayStation, Xbox, and PC via Epic.