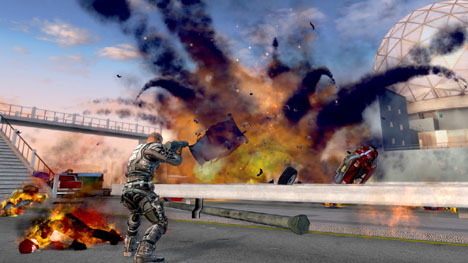 Hmmm. I wonder what that game could be. If it is actually a new Crackdown, that has to be the worst project name ever.

If the rumors are right, the Scottish developer formed of former Crackdown staff is working on a new Crackdown game scheduled for release for the end of 2009 or early 2010. The folks at VG247 say that this “1.5” version is set in the same world as the Realtime Worlds Xbox 360 original.

Another rumor says that there will be an announcement tomorrow.

So what is this? An upgrade? Judging by the project name, is this not a full sequel?